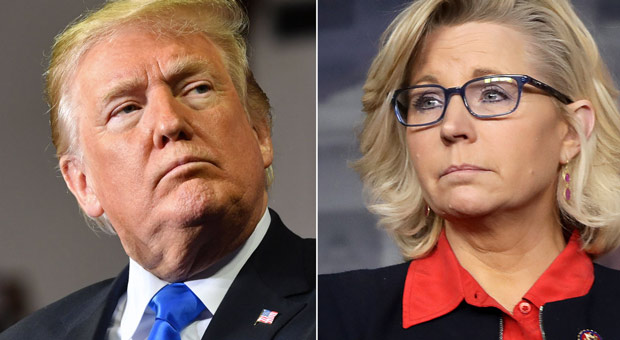 The January 6 Select Committee’s decision not to make a criminal referral to the DOJ for former President Donald Trump has Republican Wyoming Rep. Liz Cheney in a complete meltdown.

“No, you know, we’re going to tell the facts. If the Department of Justice looks at it and assumes that there’s something that needs further review, I’m sure they’ll do it,” he said.

“No, that’s not our job. Our job is to look at the facts and circumstances around January 6, what caused it, and make recommendations after that.”

But this is not what Cheney wanted to hear.

“The January 6th Select Committee has not issued a conclusion regarding potential criminal referrals. We will announce a decision on that at an appropriate time,” the committee chairman said in a tweet, but she was corrected.

A spokesperson for the committee told CNN:

“The Select Committee has no authority to prosecute individuals but is rather tasked with developing the facts surrounding the January 6 riot at the Capitol. Right now, the committee is focused on presenting our findings to the American people in our hearings and in our report. Our investigation is ongoing and we will continue to gather all relevant information as we present facts, offer recommendations and, if warranted, make criminal referrals.”

Rep. Thompson said there would not be a formal criminal referral, adding that the Department of Justice had to make the decision.

“It’s a public document. Anybody can have access to it. And if they want, after reviewing it, to come back and ask to talk to some of the staff or the members who helped produce the report, I’m sure they will,” he said.

Cheney hasn’t had a good year after she suffered an embarrassing defeat by losing the Wyoming GOP primary to Trump-backed Harriet Hageman.

Cheney was even talking about a 2024 presidential run, which is more signs she is obsessed with Trump.

Last month, Cheney vowed she would not remain a Republican if Trump becomes the presidential 2024 nominee, promising to campaign for Democrats to stop GOP nominee Kari Lake from being elected in the Arizona gubernatorial race.

Texas Tribune CEO Evan Smith asked Cheney whether she was doing everything to make sure Lake is not elected, including campaigning for Democrats.

Cheney later added that she would not remain a Republican if Trump becomes the 2024 nominee.