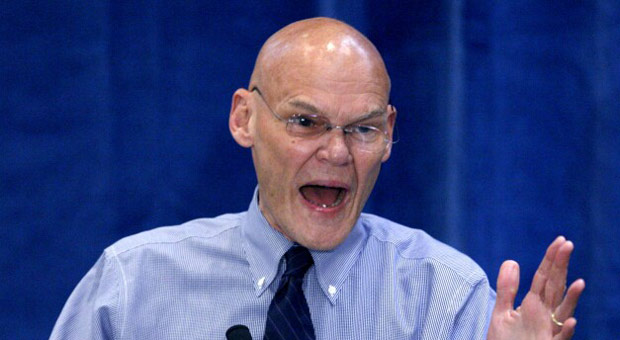 Former Clinton advisor and political consultant James Carville made some far-fetched predictions about who will be on the 2024 presidential election ballot.

“I’m going to be 78 in less than a month. The country needs a generational change,” he added.

“I think they’re going to get it.”

During the question-and-answer part of the program, Carville was asked about the future of the January 6 Committee if Republicans take back Congress in November.

“First prediction is within a year, Biden pardons Trump.”

“I think at a point you say, you know — now, you have to talk to the Fulton County [GA] DA. That’s not part of the deal. That’s not presidential,” Carville added.

“The second prediction is, the next Speaker of the House is — drumroll, please — Liz Cheney,” he continued.

“It is a very possible outcome that the Republicans win the House by three seats,” he said.

“Y’all have got to remember something: The entire House elects the Speaker. Being Speaker is like being Pope.,’ he added.

“You don’t have to be a Catholic to be a Pope,” the former Clinton advisor argued.

Carville said Liz Cheney could win the speakership by swaying four Republicans and all of the Democrats if GOP won the House by a three-member majority.

Cheney also promised to campaign for Democrats to stop GOP nominee Kari Lake from being elected in the Arizona gubernatorial race.