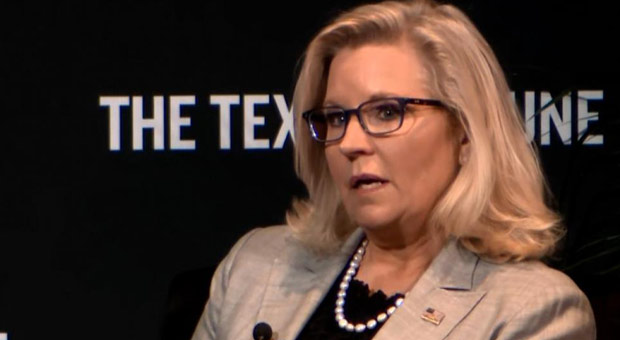 Rep. Liz Cheney vowed she will not remain a Republican if former President Donald Trump becomes the presidential 2024 nominee in the presidential election, promising to campaign for Democrats to stop GOP nominee Kari Lake from being elected in the Arizona gubernatorial race.

RINO Cheney, who lost the Republican primary to Trump-backed challenger Harriet Hageman earleir this year, made the comments at The Texas Tribune festival in Austin.

The Trump-endorsed challenger won the Republican nomination in the Arizona primary election in August.

Lake pledged to improve election security if she wins the gubernatorial race, citing fraud in the 2020 election.

Texas Tribune CEO Evan Smith asked Cheney whether she was doing everything to make sure Lake is not elected, including campaigning for Democrats.

Cheney later added that she would not remain a Republican if Trump becomes the 2024 nominee.

“He’s demonstrated that he’s somebody who has not bought into the toxin of Donald Trump—but he campaigned recently for Kari Lake, who’s an election denier, who is dangerous,” Cheney said.

“That’s the kind of thing we cannot see in our party; we cannot see an accommodation like that, and I think it’s very important that we be clear about that,” Cheney added.

Youngkin defended campaigning for Lake on Friday, saying that while he is “comfortable supporting Republican candidates,” they do not agree on everything.

“I have said that I firmly believe that Joe Biden was elected president,” Youngkin said.

When Cheney was asked if she would run for president in 2024, she stopped short of a definite answer.

“It’s not about me or making a decision about what I’m going to do,” she said. “I certainly will do whatever it takes to make sure Donald Trump isn’t anywhere close to the Oval Office.”

Cheney was one of 10 House Republicans who voted to impeach Trump and one of two Republican members sitting on the Democrat-led House panel investigating Jan. 6, 2021