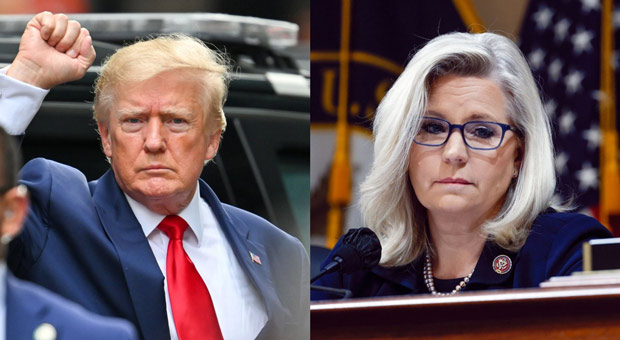 The Trump era ushered in a whirlwind of changes to the political sphere since 2016, and even after he left office in January 2021, the apparent “controlled demolition” of the old guard picked up pace with yesterday’s “destruction” of the Cheney dynasty.

Just as the “milestone” of “RINO” Rep. Liz Cheney’s (R-WY) primary defeat signals more incoming change, the dynasties of Cheney, McCain, Clinton, and the Bushes will hold no quarter in national office or statewide in 2023.

Going back to the 1970s, the franchise dynasties have dominated the U.S. political landscape, but that era came to an abrupt end on Tuesday with the Liz Cheney defeat.

Regardless of whether or not GOP takes control of Congress in November’s mid-term election, by January 23, there will be no more politicians under the name of Cheney, McCain, Clinton, or Bush in the White House, the White House, or state level.

For instance, in Texas, George P. Bush ended his term as the state land commissioner, ending the Bush dynasty.

Over decades, the Bush family name remained unstoppable in Texas, with a legacy dating back to the 1960s.

Poltical Casualties of the Trump era

But the Trump era saw the Bush name continue to fade, as right-leaning Americans began to see the true agenda and architecture of “RINO” Republicans.

George P. Bush became the latest casualty this year after losing to Ken Paxton in the Texas Attorney General race.

As the Texas Tribune reported at the time:

His ubiquitous name recognition is emerging as a liability in the Republican party. George P. Bush, who currently serves as the state’s land commissioner, is trailing Paxton in polls. Some of the top reasons Republican voters are reluctant about him are his ties to his family’s center-right political leanings and his own past policy positions.

Bush said those attacks are led by Paxton and don’t reflect the support he has seen on the campaign trail. The sitting attorney general’s ads against Bush focus on labeling him a RINO — Republican in name only — and linking him to his famous family.

‘Demolition of the old guard’

Although many factors contributed to the demise of Bush, one such incident which tipped the house of cars was when Trump publicly criticized both Jeb Bush and George W. Bush at the South Carolina debate in the 2016 Republican primary.

Trump also went on to fault the former president for the terrorist attacks of September 11, 2001, in New York. That moment could have ended Trump’s campaign there and then, but instead, it highlighted his ability to come out on top despite making such remarks that would have sunk any other political candidate.

Meanwhile, the late Republican Arizona Sen. John McCain’s widow, Cindy, has been scrambling on the political sidelines by opposing Donald Trump and endorsing Joe Biden in 2020. But her efforts have been in vain because the McCain political dynasty ended when the senator died in 2018.

The Clinton political dynasty met its match with Donald Trump during the 2016 election. Although Democrats still hope that former first daughter Chelsea Clinton may follow in her father and mother’s footsteps, it seems her career in writing children’s books will remain.

The notion that political dynasties have been obliterated did not go noticed on Twitter:

I love happy endings. Kiss our a$$ Lizzie.

There is still a long way to go. The war is not won.