Lindsey Graham Calls for More Military Aid to Ukraine: The “World Order Is at Stake” 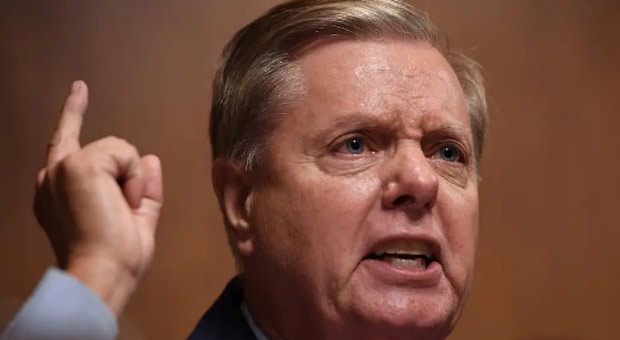 Sen. Lindsey Graham called for more military aid to Ukraine on Friday warning the “world order is at stake.”

“We will continue to ask the American people and the congress to send aid to Ukraine, economic aid and military aid to accomplish the objective of driving the Russian invader out of Ukraine,” he said.

“I am tired of the s*** show surrounding who is going to send tanks and when are they going to send them. Putin is trying to rewrite the map of Europe by force of arms,” he added.

“World order is at stake,” the South Carolina senator warned.

“To the Germans: Send tanks to Ukraine because they need them. It is in your own national interest that Putin loses in Ukraine. To the Biden Administration: Send American tanks so that others will follow our lead,” he said.

“If Putin gets away with this, there goes Taiwan. If Putin’s successful in Ukraine and isn’t prosecuted under international law, everything we’ve said since WWII becomes a joke. He will continue beyond Ukraine,” Graham continued:

The bipartisan group of senators called for the following:

Blumenthal said today the conflict is in Ukraine but “tomorrow it will be us if we do not stop [Vladimir] Putin now.”

“We should not send American troops to Ukraine, but we should provide Ukraine with whatever we would give our troops if they were fighting on the ground,” the Connecticut senator said.

Blinken said the United States “will stand united with Ukraine for as long as it takes” following the announcement of the funds.

Besides the $2.5 billion for Ukraine, Congress already awarded $45 billion to the country in the $1.7 trillion omnibus spending bill, which was signed into law in December 2022.

This brings the total amount of aid sent to Ukraine to over $110 billion.

“Pursuant to a delegation of authority from the President, I am authorizing our 30th drawdown of U.S. arms and equipment for Ukraine since August 2021,” Blinken said in a press release.