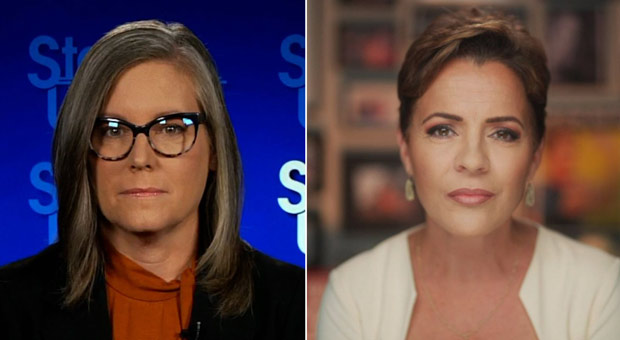 GOP gubernatorial candidate Kari Lake is expected to challenge the results of the midterm Arizona election, announcing her campaign is already drawing up numerous lawsuits against the state.

Lake refused to concede more than three weeks after Election Day, citing malfunctions with election machines cost her the race.

“We’re drawing up lawsuits because we won’t have elections like they have in third-world countries,” Lake told Fox News’s Tucker Carlson on Monday night.

Lake lost by just 0.5 of a percentage points to Democratic Secretary of State Katie Hobbs in November.

The Republican is now planning to sue Arizona’s largest county to overturn her election loss, alleging voters could not vote due to problems with ballot machines.

The number of technological challenges Maricopa County experienced on election day was well documented, resulting in widespread confusion at a number of polling places and long lines of angry voters.

On Election Day, the county reported problem with its printer settings after ballot tabulators began malfunctioning. This prompted election officials to tell voters to wait or vote at another location.

Lake said the malfunctions resulted in a stolen election and warned Hobbs about what would come.

“We’re ready to go with what we believe to be an exceptional lawsuit. And we believe we will be victorious in that lawsuit,” Lake told Steve Bannon on his War Room Podcast.

“We’ll take it all the way to the Supreme Court if we have to. We will not stop fighting. Because the people of Arizona were disenfranchised.”

The election results were certified on Monday, with Hobbs overseeing the ceremony, which prompted an outcry from some Republicans that the current secretary of state is engaging in a conflict of interest.

Hobbs is responsible for overseeing the state’s election processes, a role that Republicans told Hobbs to recuse herself from, but she refused to do so.

“Arizona had a successful election, but too often throughout the process, powerful voices proliferated misinformation that threatened to disenfranchise voters,” Hobbs said during the certification ceremony.

“Democracy prevailed, but it’s not out of the woods. … 2024 will bring a host of challenges from the election denial community that we must prepare for, but for now, Arizonans stand proud knowing that this election was conducted with transparency, accuracy, and fairness in accordance with Arizona’s election laws and procedures.”

Lake’s lawsuit is believed to allege that the problems with Maricopa’s voting machines affected Republicans as GOP voters are more likely to vote in person.

But officials rejected claims that voters were denied their votes, arguing that election workers sorted out the problems.

As The Daily Fetched reported last month, a group of citizens in Arizona released a statement calling for an entirely new election.

“This Election was a disgrace, everything was geared by Republicans toward Election Day, and then, when it finally came around, the Republican machines were systematically broken,” Trump wrote in a post on Gab on November 22.