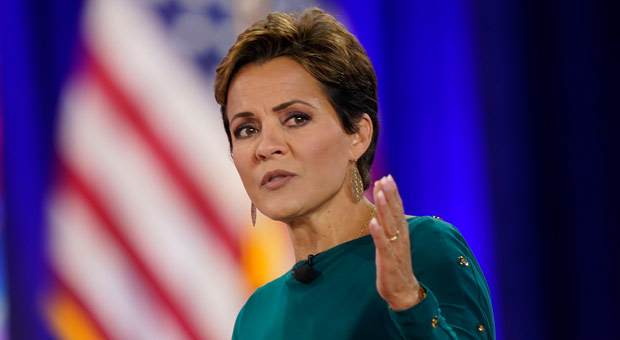 Despite the Arizona gubernatorial election being called on Monday night, Democratic candidate Katie Hobbs’s ‘victory’ may not be final for another few weeks.

The race for Arizona Governor was tight between Hobbs Republican candidate Kari Lake, with a possible recount in the next few days.

Meanwhile, a group of citizens in Arizona released a statement calling for an entirely new election.

According to The Washington Examiner:

Christine Jones, a former congressional candidate said: “If it’s around 10,000 votes, certainly a recount probably won’t result in a change, but if your race is decided by single digits, like mine was, then, of course, you want it to be recounted.”

Jones ran for the Republican candidacy for Arizona’s 5th District in 2016, losing the primary to Andy Biggs by only 16 votes. Biggs’s razor-thin victory meant that Jones was eligible for a recount, though that recount led to Biggs expanding his lead to a victory of 27 votes, with Jones stating that it was “a lot of effort for that small of a difference.”

According to Maricopa County’s director of Election Day and emergency voting, Scott Jarrett, automatic recounts can only be initiated after the Secretary of State’s Office begins its canvass on Dec. 5 – meaning the process could drag on until Dec. 30.

Jarrett said up to 3 million votes could be cast in Arizona, which means the number of votes needed for an automatic recount would be 15,000 – Axios reported.

Before Hobbs’s victory was declared, the Democrat led the race with over 26,000 votes and one percentage point lead ahead of Lake.

Although Lake gained ground in catching up with her opponent, the margin of victory between the two may not be sufficient for a recount, AZ Central reported.

As Breitbart notes: Lake, a former Fox 10 Phoenix anchor of 22 years whom former President Donald Trump endorsed, looked to be one of the top Republican candidates in the country with her outstanding communication skills and the enthusiasm among her base. Her loss comes after she led in the vast majority of polls that were posted to FiveThirtyEight’s website in the lead-up to the election

Audit ALL the ballots, you’ll find doctored and unacceptable ballots. Lots of ’em.

SSGT_USA1(AUDIT EVERY STATE)
Reply to  Doug

a recount alone is worthless, a full audit needs to be done

By who cyber ninjas again?

Tony
Reply to  SSGT_USA1(AUDIT EVERY STATE)

YES, a recount just recounts all of the ILLEGAL, cheating votes too so means nothing. Recount = Useless An audit actually finds at least some of the fraud and cheating.

I agree with the AZ residents who want a redo of the election. Although with the Completely confusing counting of the votes – where the public never knows any CLEAR information and extra batches of votes keep being ‘found’ and counted for days….in AZ there is a complete gaslighting of what’s being counted and how many votes there are.
Like biden said multiple times (admitting cheating) “It’s not the number of VOTES, it’s the number of BALLOTS” and “It’s who COUNTS THE VOTES that is important” The moron buffoon speaks the truth once again.

A recount may not help. One likely and very powerful fraud method produces ballots that look exactly like legitimate ballots, but are fraudulent. These will pass all recounts, most audits, and other normal tests. It may be necessary to annul the election and do over without mail-in.

And that’s going to happen?

Ballots aren’t the real issue in this theft. They intentionally broke the system in Maricopa to disenfranchise tens of thousands of voters and it worked.

Fed up
Reply to  MaxAmoeba

Ballots may well be the issue. The machines were likely a smokescreen. Runbeck receives the Maricopa County mail-in ballots from the USPS, “processes” them, and THEN gives them to Maricopa County. What happens inside that Runbeck building is key.

test the paper! Lie Detector the workers, executives and anyone that had control of BALLOTS.

it is TIME to turn Nevada HONEST

We don’t need a recount, we need a full blown investigation followed by prosecution…but I’m dreaming.

And who would conduct that investigation? AG Brnovich (‘elected’ in the 2020 Steal) who found “nothing to see here” despite dozens of serious violations reported?

Absolutely! But who would hear the the case they are so corrupt!

Stolen right under their noses. Such gross fraud and corruption. If this works the Marxists will use the same model to steal the Presidential election! This cannot be allowed to stand.

The ol perfessor
Reply to  Doodad

They already did, you got sleepy joe

I think they already did!

harvested fake votes will count as democrat on a re-count , they need a RE-VOTE.

Recount isn’t going to change anything unless every mail in ballot is examined for legitimacy. Besides they need to do another election given all of the disenfranchised voters due to Election Day tabulator issues. 70 machines not working for over half of the time the polls were open is simply unacceptable.

Remote with paper votes! No only ‘her people’voted for her!

It seemed like the 2020 Maricopa County audit went on for months. What we need is a new election on one Election Day and in-person only (with exceptions for special circumstances requested in advance). All the votes should be counted by the end of Election Night.

They need to do an audit and an entirely new election

But who would do it? The Fox is guardian the hen house!

Not interested in a recount, only a full audit will do, and even that won’t count those who were disenfranchised.

Depends….On who does the recount!

Recounting just confirms that the same number of ballot images (real or fake) were for Hobbs and Lake as in the original count. Need an audit to see how many legitimate votes each candidate received.

Recount means nothing. Nothing. Only confirms the accuracy of the fraud. Need to locate the trash bin where the R ballots were tossed as they were replaced with D ballots.

Anyone who thinks they participated in an election in Arizona, New York, Michigan, Colorado, California, Oregon, New Mexico, Washington, Nevada or Pennsylvania needs to think again. We have effectively been disenfranchised by the Democratic regime currently illegally in power. They also have, in many ways, voided the 1st Amendment to the Constitution and seek to do the same to the 2nd Amendment. In addition, the 4th and 6th Amendments have been abused, as political opponents have been subject to search and seizures without probable cause, and those who were wrongly arrested and imprisoned for protesting the fraudulent 2020 elections were not given speedy trials. By all means, keep voting, even in dubious elections. But don’t expect real, fair elections until those guilty of fraud are arrested, tried, and sentenced, along with a return to sane voting laws.

You Can’t have a legit audit or recount when the person in charge is the opponent. The longer the delays the better off it is for the narrative. They planned it down to the last drop and it worked again. Watch what happens in the 2024 election. Same s**t different day.

Kari Lake would be so GOOD for AZ. She has the ideas that will help the state prosper and stop the illegal migration into AZ. She is the best GOP candidate to date!

Recounts are useless. Recounting the same ballots will give the same result.

Audit all ballots. Find the fakes.

Make the state prove those ballots are legitimate and every legal vote is counted.

you don’t need a recount, you need an audit!

If you Recount the Fraudulent Ballots, you will get the same result !

I bet if they match the ballots to fake addresses and throw those out then do a recount Lake wins. recounts are worthless if you recount fraudulent ballots.

The voter suppression in Maricopa country should bring in the FED’s A recount should be done by an independent organization.

AZ needs to change to the Voting system Alabama uses.

A forensic audit MUST be performed!

It would have to be a forensic recount or an election do-over. You can’t just recount unverified ballots, missing ballots, altered ballots., or duplicate ballots. Best to do paper ballots and hand counts.

Why didn’t Republicans take the time to prevent ballots from being manipulated out of their sight if they thought there was any chance that ballots would be altered or added? Are Republicans stupid or are Democrats just one h**l of a lot smarter? This problem needs to be fixed.

It is absolutely dumb to let ballot manipulation that you know is going to happen happen so you can endless complain about it after the election is over. I get sick of the whiners. Quit whining and work for realistic changes in the law to keep it from happening then monitor the election relentlessly. Quit bitching and solve the frigging problem.

And now we got the whiner-in-chief as our leading candidate. Give-me-a-break. We are going to hear nothing but two years of pitiful poor-me whining. We need a young, problem-solving conservative, not a whiner as our presidential candidate.

I’m from Pennsylvania and I have been watching this race closely. The Democrats again cheated. They also cheated in Pennsylvania in the Senators race. Most of the cheating came from Philadelphia. I knew right away in Arizona with the so-called delay of days the Democrats were going to find a way to win. They need to have a new election in Arrizon.

Germany Bans Farmers from Fertilising Own Land to Serve EU 'Green Agenda'
Farmers in Germany have been banned from properly fertilizing large areas of their land under strict...
No posts found
wpDiscuz
43
0
What are your thoughts? Click to commentx
()
x
| Reply