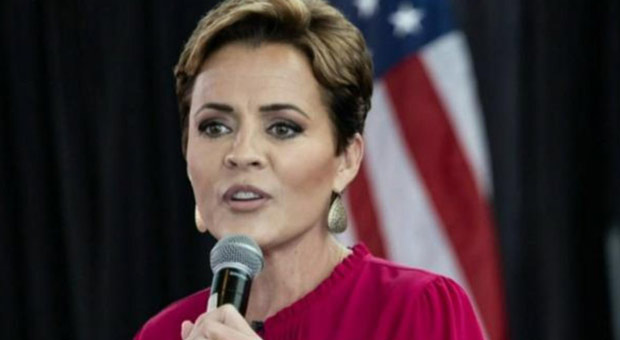 Arizona Republican gubernatorial candidate Kari Lake has filed her first lawsuit against Maricopa County over its handling of the midterm elections and its election integrity.

Lake, who came out against her loss to Democratic challenger Katie Hobbs, filed the lawsuit in Arizona Superior Court on Wednesday.

Lake is the Maricopa County recorder, Stephen Richer, and other officials.

Lake is asking the court to demand records from officals on how they conducted the midterm elections.

“Given instances of misprinted ballots, the commingling of counted and uncounted ballots, and long lines discouraging people from voting, as demonstrated in the attached declarations, these records are necessary for Plaintiff to determine the full extent of the problems identified and their impacts on electors,” the suit reads.

Additionally, the lawsuit asks the court to require that records be produced before the county canvassing of voting results, which is scheduled for November 28.

Lake is still refusing to concede.

The Republican candidate said on Monday, “If we give up now, we will no longer have a country.”

“Would you get on a plane if HALF of the engines didn’t work?” she asked in a letter released Monday.

“Would our friends in the media be able to broadcast their nightly propaganda if HALF of their studio equipment was not working?”

Maricopa County Board of Supervisors Chairman Bill Gate said voters were given alternate ways of voting, despite the issue with tabulator machines.

“People were still able to vote; it was just a matter of maybe not voting in the way they wanted to,” he said on November 8. “We do not believe that anyone has been disenfranchised because no one has been turned away.”

Outgoing Arizona Gov. Doug Ducey (R) said he would ensure a smooth transition after meeting with Hobbs on Wednesday.

“Today I congratulated Governor-elect Katie Hobbs on her victory in a hard-fought race and offered my full cooperation as she prepares to assume the leadership of the State of Arizona,” Ducey said in a statement.

Earlier this month, a group of citizens in Arizona released a statement calling for an entirely new election.

“This Election was a disgrace, everything was geared by Republicans toward Election Day, and then, when it finally came around, the Republican machines were systematically broken,” Trump wrote in a post on Gab on November 22.