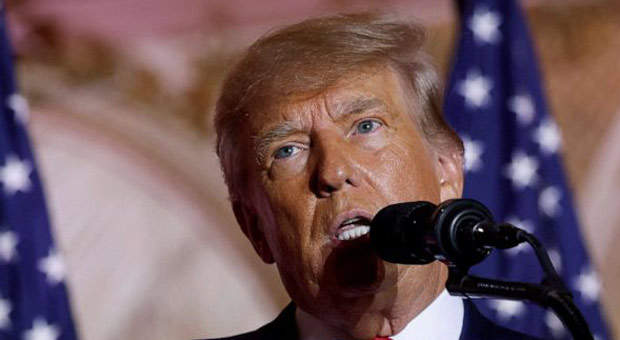 “This Election was a disgrace, everything was geared by Republicans toward Election Day, and then, when it finally came around, the Republican machines were systematically broken,” Trump wrote in a post on Gab on Nov. 22.

72 of the 115 voting centers the attorneys visited, or 62.61 percent, witnessed “material problems,” according to the memo.

“It seems very clear that the printer/tabulator failures on election day at 62.61 percent of the vote centers observed by 11 roving attorneys, and the resulting long lines at a majority of vote centers, led to substantial voter suppression,” Sonnenklar wrote.

Sonnenklar also disputed claims by county officials that printer/tabulator problems were resolved and their impact was “insignificant.”

“Collectively, I and the other 10 roving attorneys also reported that voters had to wait in significant lines at 59 of the 115 vote centers we visited (51.3 percent). In many cases, voters had to wait 1-2 hours before they received a ballot for voting,” Sonnenklar wrote.

“It is certainly safe to assume that many voters refused to wait in such lines, left the vote center, and did not return to vote later,” he added.

“It was nothing short of mass disenfranchisement for the entire Arizona First slate and the people of Arizona,” Lake said.

Lake currently trails Democrat Katie Hobbs by about 17,100 votes, according to the Arizona secretary of state’s office.

Hobbs declared victory last week, although Lake has not conceded.

As The Epoch Times noted:

The Arizona Attorney General’s Elections Integrity Unit has sent a letter (pdf) to Maricopa County officials demanding answers to “myriad problems” that voters had to deal with on Election Day.

“The Elections Integrity Unit of the Arizona Attorney General’s Office has received hundreds of complaints since Election Day pertaining to issues related to the administration of the 2022 General Election in Maricopa County,” Assistant Attorney General Jennifer Wright wrote in the letter.

“These complaints go beyond pure speculation but include first-hand witness accounts that raise concerns regarding Maricopa’s lawful compliance with Arizona election law.”

Wright is demanding a response from the county by Nov. 28.