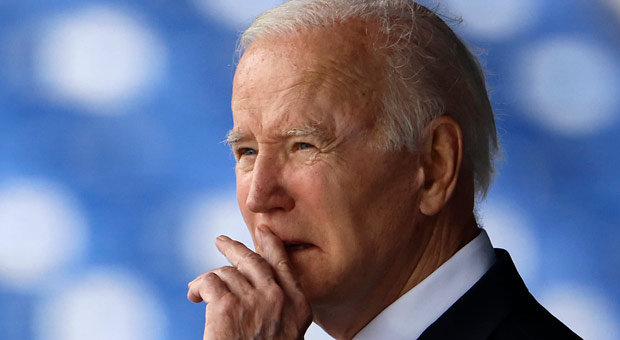 In what appears to be a massive turn of events, CNN – the network famed for its biased and bipartisan left-wing reporting, fact-checked President Joe Biden over several false or misleading claims he made while campaigning.

Biden has been scrambling to boost vulnerable congressional Democrats as the party begins to lose ground as the midterms approach.

CNN highlighted several instances where Biden made false or misleading claims in October and November.

Here are those fact checks made by CNN – VIA Breitbart:

CLAIM: On Thursday in New Mexico, Biden stated former President Donald Trump’s 2017 tax cuts only benefited the top one percent, a claim he also made at this year’s State of the Union address.

Furthermore, CNN, via the Tax Policy Center think tank, noted all income earners in each State received a tax cut.

CLAIM: At a Florida campaign rally on Tuesday and at the same New Mexico rally, Biden claimed that his government had reduced the national debt in half.

“We cut the federal debt in half. A fact,” Biden stated.

VERDICT: That claim is false as the U.S. national debt soared passed $31 trillion for the first time in October, Breitbart News reported.

CNN pointed out Biden was most likely conflating the national debt and federal deficit, which was reduced in half between 2021 and 2022. However, even that is also misleading, as the federal deficit was expected to fall in fiscal years 2021 and 2022 after record-high pandemic relief spending in 2020

CLAIM(S): Biden made two misleading claims regarding social security checks increasing for senior citizens, according to the left-wing network.

His first statement came in Pennsylvania last week when he said, “On our watch, for the first time in 10 years, seniors are going to get the biggest increase in their Social Security checks they’ve gotten.”

VERDICT(S): The remarks are misleading because it misses important context. Social security checks are rising 8.7 percent in 2023 because they were adjusted to the skyrocketing inflation that has occurred under Biden’s presidency. In fact, the cost-of-living (COLA) adjustment — which is what social security rates are tied to — was the highest it had increased in 40 years, Breitbart News noted.

Moreover, CNN noted the comments were false because the COLA adjustment has increased almost every year for the past ten years.

CLAIM: At an economic speech last week in New York, the president said, “Today, the most common price of gas in America is $3.39 – down from over $5 when I took office.”

VERDICT: When Biden took office, gas prices were nowhere near averaging $5 per gallon nationwide. In January 2021, when he was inaugurated, gas prices averaged $2.38 per gallon, according to the American Automobile Association (AAA).

While the president correctly says that gas prices have come down to a current average of $3.79 per gallon, that was after they reached a record high of a national average of $5 per gallon in June under his administration, according to AAA.

CLAIM: Biden stated in October that he traveled over 17,000 miles with Chinese President Xi Jinping when he was vice president. He made a similar claim Thursday, saying he had traveled 17,000 to 18,000 miles with the Chinese Communist Party leader.

VERDICT: Biden and Xi never traveled anywhere close to 17,000 to 18,000 miles with each other; however, they did travel great distances to frequently meet and spend time together when Biden was vice president, according to the Washington Post. In fact, Biden and the Communist leader met each other in 2011, 2012, 2013, and 2015, the outlet noted.

Everytime Joe opens his mouth he lies. The surprise here is that its CNN reporting it. Guess their biased reporting got them such low ratings they needed to try reporting the truth.