Bill Clinton: Republicans Want People to Be ‘Angry’ and ‘Miserable’ 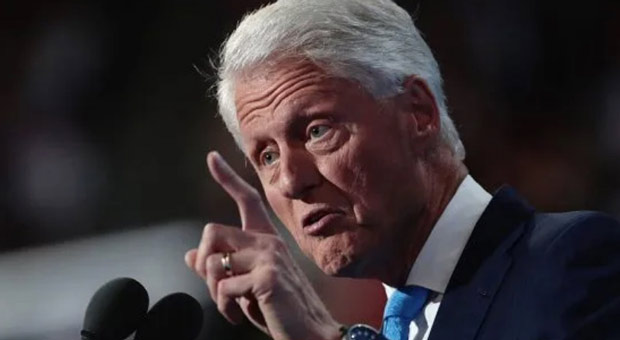 The former president accused GOP of “making everybody feel like a victim.”

“And I want you to vote for us, and we’ll make it worse, but we’ll blame them,'” Clinton added.

“One of Clinton’s rule of politics is — and I’ve got a dozen of ’em, I used to share them all the time to try to lighten things up and also enlighten them — if you scratch nearly anybody long enough there’s still a person down there somewhere,” he continued.

“And the Republicans have developed a theory of making everybody feel like a victim they think they can get to vote for them. Everybody’s a threat,” the former president added.

“It’s always their fault. It’s an us and them world.”

Clinton’s claim is another case of the ‘pot calling the kettle black,’ as the Demcorats have based most of their campaigns on identity politics and division.

Clinton’s accusations of the “us and them” focus of the Republican party is ironic given Joe Biden’s divisive speech in September demonizing half of America.

“Too much of what’s happening in our country today is not normal. Donald Trump and the MAGA Republicans represent an extremism that threatens the very foundations of our republic,” Biden said at the time.

“There’s no question that the Republican Party today is dominated, driven, intimidated by Donald Trump and the MAGA Republicans. And that is a threat to this country,” Biden continued.

“MAGA Republicans have made their choice. They embrace anger. They thrive on chaos. They live not in the light of truth, but in the shadow of lies. Together, we can choose a different path.”

Let’s for one minute even presume billy the rapist’s accusation to be true.
THE FACT IS is that almost two years of control by democrat policies has ENSURED that most Americans are angry and miserable!
Billions to ukraine-biden’s *hore house of horrors and IT SHOULD HAVE BEEN SPENT ON SUPPORTING US ANGRY AND MISERABLE AMERICANS!
#FUbilly