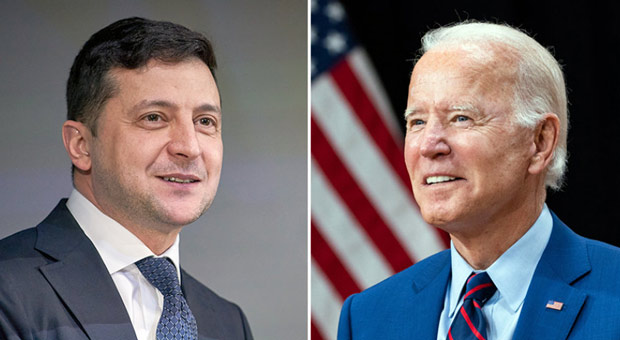 In a message posted on the Twitter microblogging site, Volodymyr Zelensky said:

“Sincerely grateful to [the President of the United States and] the [American] people for providing another $725 mln security aid package.”

“We will receive, in particular, much-needed rounds for HIMARS and artillery,” he added.

“A wonderful gift for [Ukrainian] Defenders’ Day! The Russian aggressor will be defeated, [Ukraine] will be free!”

HIMARS, more properly the M142 High Mobility Artillery Rocket System, manufactured by Lockheed Martin Missiles and Fire Control, is reported to have been something of a gamechanger on the Ukrainian battlefield, allowing Ukrainian forces to at least partly overcome what had been a significant artillery disadvantage versus the Russians and strike targets including munitions dumps well behind enemy lines.

The Wall Street Journal reported that HIMARS was “responsible for 70 percent of military advances on the Kherson front”, citing unit commander Lt. Valentyn Koval — but the claim has not been independently verified.

Kherson, a region north of the Crimea, which Russia annexed in 2014, fell to Russian forces in the early stages of their all-out invasion in February, a rare point of relative success compared to the failed offensive out of Belarus toward Kyiv (Kiev) and their later grinding, now faltering efforts in Donbas. It was formally annexed to the Russian Federation along with three other occupied regions at the end of September following largely unrecognized referendums.

A Ukrainian counter-offensive threatens to drive Russia out of much of Kherson, with Russian-backed officials in the regional capital, also called Kherson, moving to evacuate residents to Russia proper before the Ukrainians arrive.