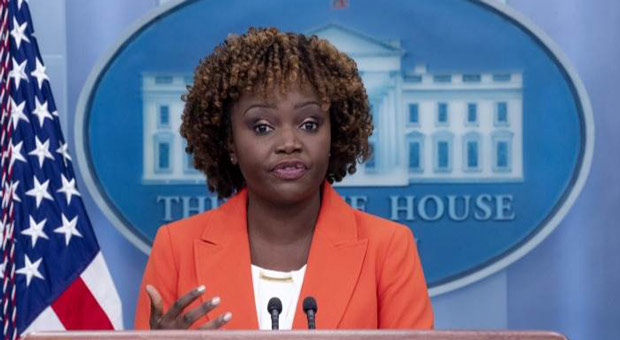 The tweet also repeated a claim by Joe Biden during his rambling speech.

Biden stated, “And on my watch, for the first time in 10 years, seniors are getting an increase in their Social Security checks. So, checks are going to be up, and Medicare payments are going to be down.”

The misleading tweet gave a false impression that the Biden administration is increasing checks.

But in reality, they are only being adjusted to reflect the rampant 40-year record high inflation.

When White House Press Secretary, Karine Jean-Pierre, was asked why the tweet was deleted, she replied that “it was not complete,” then changed the subject to “MAGA Republicans” being a threat.

It now seems Democrats are getting a taste of their own medicine and will experience what many conservative publications had to endure for posting accurate information deemed as ‘false’ because it didn’t fit a political narrative.

Biden’s ramblings and falsehoods seem to have nowhere to hide under Twitter’s new leadership.

Earlier this week, Biden confused Congresswoman Debbie Wasserman Schultz, who is hoping to get re-elected in Florida’s 23rd district in greater Miami as a Senator.

Biden also repeated the false claim that his son Beau died in Iraq, even though it has been confirmed on multiple occasions that his son died of brain cancer at the Walter Reed National Military Medical Center in Bethesda, Maryland.