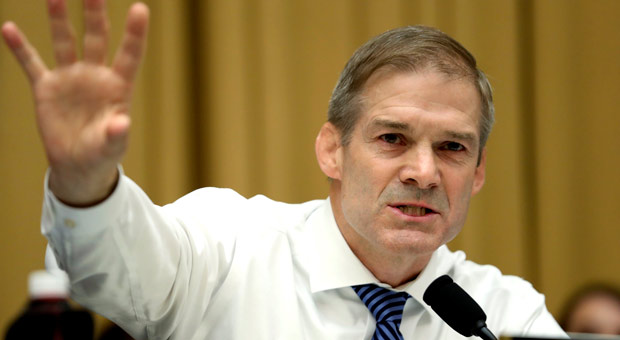 GOP is set to take on the radical left’s weaponization of government and actively fight against it with the form of a new Select Committee chaired by Jim Jordan.

The committee will investigate the government’s collusion with Big Tech to censor stories and dissidents.

The 118th House of Representatives will see the formation of a new select committee, headed by Jim Jordan, to dig into the abuse of power and the Weaponization of Government. This investigative panel will demand emails and correspondence between the Biden administration and big tech companies and follows the massive revelations that came to light through the recent release of the Twitter Files.

The Select Committee was part of the deal that hardline conservatives in Congress struck with Kevin McCarthy in exchange for voting for him, according to Axios.

RELATED: Jim Jordan: ‘You Can’t Have a Political DOJ and Also Have a Free Society’

The report adds that the new Select Committee will be aimed at pulling information out of the Big Tech companies that colluded with the Biden Administration to censor conservatives.

The report notes some of the new Select Committee goals:

The Select Subcommittee will also take on both the weaponized FBI and Anthony Fauci’s role in Covid-related censorship operations, as it reports:

The subcommittee’s top target is what Republicans call “the politicization of the FBI,” including scrutiny of the investigations of Russian interference in the 2016 election.

The subcommittee also will look into Anthony Fauci and his approach to COVID misinformation and disinformation … the Justice Department’s interaction with local school boards on masking and other COVID policies … and the Department of Homeland Security’s failed effort to create a Disinformation Governance Board.

Although the GOP’s majority is notably thin, the pressure campaign against McCarthy from hardliners means that the GOP might do what the base wants without the usual empty promises we’re used to.

Also, because the Select Subcommittee will be headed by Rep. Jim Jordan, a favorite amongst hardliners, it means it might be effective in rallying larger GOP support.