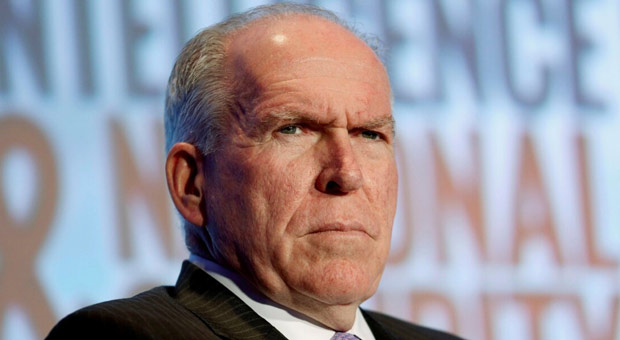 During an interview with CNN, Brennan said, “This is clearly an act of sabotage of some sort,” adding that “Russia certainly is the most likely suspect.”

Noting that the pipelines lie “only” in about 200 feet of water, Brennan claimed that “Russia does have an undersea capability that would easily lay explosive devices by those pipelines.”

Brennan said that the pipelines, which run from Russia to Germany through the Baltic Sea, lie “only” in about 200 feet of water.

The former CIA went on to explain he believes the apparent sabotage is likely a Russian” ‘signal to Europe” that the Kremlin could cause damage beyond Ukraine.

“I do think it’s a signal to Europe that Russia could reach beyond Ukraine’s borders,” Brennan said.

John Brennan’s claims come despite videos from Biden officials, including Biden himself, declaring they would put an end to the Nord Stream “one way or the other.”

As we reported on Wednesday, Kremlin spokesman Dmitry Peskov told reporters that the incident needed to be investigated, and the timings for repairing the damaged pipelines are not yet clear.

RELATED: German Energy Protesters: ‘Without Russian Gas, Our Economy Will be Dead!’

When asked about claims Russia could be behind the possible attack, Peskov said: “That’s quite predictable and also predictably stupid.”

“Before making any claims, we should wait for investigation into these ruptures, whether there was an explosion or not,” Peskov said.

“American officials said that while it appeared likely that the damage to the pipelines was the result of sabotage, they had reached no conclusion about who might have been responsible. Both pipelines suffered a sudden loss of pressure and released gas into the sea, European officials reported, and the chances that both suffered accidents nearly simultaneously seem low,’ the outlet reported.

BRENNAN IS A BORN LIAR… CLOSE DOWN CIA

Certainly, we can trust what Brennon says. In fact, take the opposite view of any comment he makes, and you’ll probably have the correct answer. The NordStream 2 very likely was damaged due to earth movement. That’s a very active area. An underwater observatory was destroyed there in 2019 for this reason. Of course, the NWO/Satanists want WW3 really bad, so will grab at anything to get one going. Never let a good crisis go to waste as they say.

Get real….pipelines are protected from seismic events….it was bombed, Sweden registered explosions….so stop gaslighting. No doubt the US was behind it to keep Europe backsliding on sanctions, and keep selling LNG to Europe. Who benefits? US

Former CIA Director John Brennan should never be listened to. He is a renowned liar and traitor to the Republic.

Globalist Lying piece of murdering s**t . K**l him and his entire family , especially the kids

I figured Putin did it after the fool in the Whitehouse mouthed off about destroying the pipeline figuring it would be worth the cost to Russia it if it broke up NATO when everyone believed the US did it. Now that lying POS Brennan blamed Russia, I guess I was wrong.

LOL! Who cares what this deep state criminal thinks? Brennan is so dumb he makes AOC look intelligent.

who in their right mind would believe this guy?

What ever this guy Brennan says is most likley the opposite of the real story, I don’t believe anything that comes out of his mouth.

If Brennan says it was Putin, then you absolutely know it was Biden.

How about “The DS with CIA and US navy ” likely sabotaged nordstream.

Now it is confirmed, if John Brennan is accusing Russia of blowing up it’s own pipeline, then you know it was the United States that actually did it!

Brennan the clown speaks volumes about the sad condition of the US today.

Why would you be highlighting SOMETHING SAID BY THIS KNOWN LYING POS?

On the list of the most evil, just behind Soros, Brennan is #2. A mohammedan and a communist.

Germany Bans Farmers from Fertilising Own Land to Serve EU 'Green Agenda'
Farmers in Germany have been banned from properly fertilizing large areas of their land under strict...
No posts found
wpDiscuz
16
0
What are your thoughts? Click to commentx
()
x
| Reply