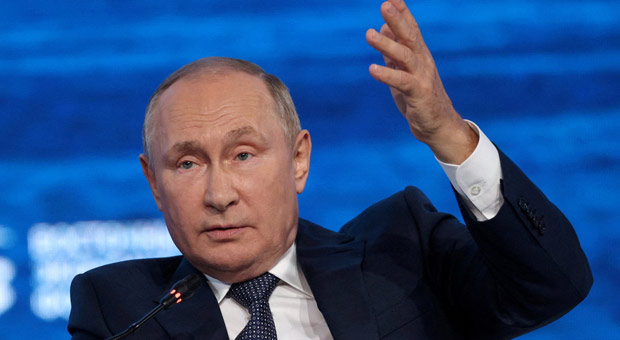 As the Establishment media begins to push claims that Russia may be behind the possible attack on the Nord Stream gas pipelines, the Kremlin fired back, referring to the claims as “stupid.”

Kremlin spokesman Dmitry Peskov told reporters that the incident needed to be investigated, and the timings for repairing the damaged pipelines are not yet clear.

Germany, Denmark, and Sweden claimed the leaks resulted from an “attack” that caused major leaks into the Baltic Sea.

Europe is now investigating the incident.

When asked about claims Russia could be behind the possible attack, Peskov said: “That’s quite predictable and also predictably stupid.”

“Before making any claims, we should wait for investigation into these ruptures, whether there was an explosion or not,” Peskov said.

We reported on Tuesday that Danish F-16 fighter jets were scrambled to photograph the area after the leaks were reported.

One of the aircraft observed the “sea bubbling” at a location southeast of Bornholm, according to Newspaper Jyllands-Posten.

Meanwhile, the Danish Navy frigate Absalon was sent to the area around Bornholm, broadcaster DR reports.

Fox News Tucker Carlson questioned what happened to the Nord Stream pipeline, asking, “Did the Biden administration really do this?”

Carlson noted a video where President Joe Biden suggests he may take out the pipelines.

In June, the CIA issued vague warning that the two Nord Stream gas pipelines could be targeted for an attack.

“American officials said that while it appeared likely that the damage to the pipelines was the result of sabotage, they had reached no conclusion about who might have been responsible. Both pipelines suffered a sudden loss of pressure and released gas into the sea, European officials reported, and the chances that both suffered accidents nearly simultaneously seem low,’ the outlet reported.