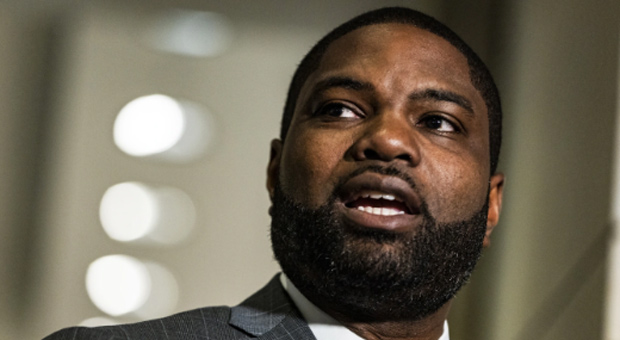 Byron Donalds became the first GOP representative to change his vote for Speaker yesterday from Kevin McCarthy to Jim Jordan.

After Donalds voted for Rep. Kevin McCarthy for Speaker two times, he realized McCarthy was not going to win the Speakership and changed his vote to Jim Jordan.

As we reported on Tuesday, Jordan gained a vote from 19 to 20 in the third round.

As Conservative Fighters reported, Rep.-elect Byron Donalds, R-Fla., set the House abuzz on Tuesday when he switched his vote for House speaker from embattled Republican Leader Kevin McCarthy to Rep. Jim Jordan, R-Ohio – as McCarthy struggles to meet the threshold to gain the gavel.

Donalds had supported McCarthy for the first two votes, which both resulted in no candidate reaching the necessary 218 votes after 19 Republicans defected — the first time in nearly a century that additional votes were needed for a majority’s nominee.

In yesterday’s first round of voting, Donalds actually received a vote for Speaker. In the second vote, all 19 of those who voted against McCarthy voted for Jim Jordan. Donald joined them in the third vote making it 20 votes for Jordan.

The news comes as former President Donald Trump threw his support behind McCarthy despite the GOP uprising against the former House Minority Leader.

“Some really good conversations took place last night, and it’s now time for all of our GREAT Republican House Members to VOTE FOR KEVIN, CLOSE THE DEAL, TAKE THE VICTORY, & WATCH CRAZY NANCY PELOSI FLY BACK HOME TO A VERY BROKEN CALIFORNIA,THE ONLY SPEAKER IN U.S. HISTORY TO HAVE LOST THE “HOUSE” TWICE! REPUBLICANS, DO NOT TURN A GREAT TRIUMPH INTO A GIANT & EMBARRASSING DEFEAT. IT’S TIME TO CELEBRATE, YOU DESERVE IT. Kevin McCarthy will do a good job, and maybe even a GREAT JOB – JUST WATCH!” Trump wrote on Truth Social.