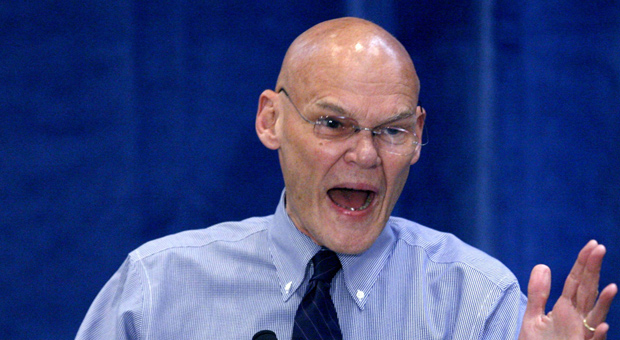 As The Daily Fetched reported, Conservatives rallied around Jim Jordan for Speaker as McCarthy lost his second and third rounds of votes.

During an interview on Tuesday edition of MSNBC’s “The Beat,” Carville said, “There was a lot of speculation of what the post-Trump Republican Party would look like.”

“We got our answer today. Welcome to the post-Trump Republican Party,” Carville said.

“It’s really stunning because the Republican Party has traditionally been a party of honor, and you’re supposed to throw the grenade after you pull the pin,” he said.

“They pulled the pin and passed the grenade around.”

“I don’t have a great explanation for it because it doesn’t make any sense. It’s politically — it’s kind of some version of political suicide, and I don’t think they care.”

“If you remember, they didn’t have a platform in 2020,” Carville noted.

“But most of my life they were for lower taxes, less regulation, and strong national defense.”

“It was kind of a fallback position. There’s no policy aspiration that they’re looking for,” he added.

“It’s all grievance. It’s all you did this to me. You didn’t do that,” Carville said.

“Again, I can’t help but give you the contrast between when the Democrats had a slim majority and what we’re seeing today.”

On the third round of votes, Byron Donalds flips his vote from Kevin McCarthy to Jim Jordan for House Speaker