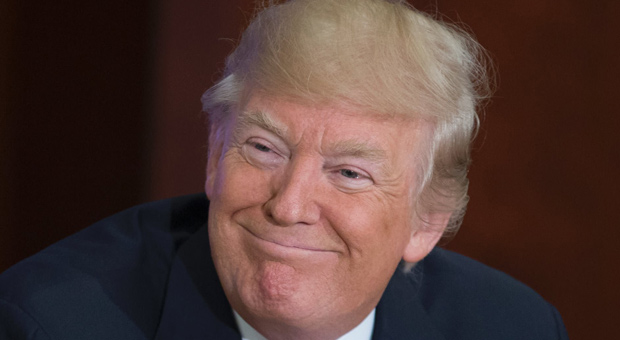 As House Democrats prepare to relinquish control of the House to Republicans next week, their cheap last-minute political attack on releasing President Trump’s tax returns did little but create backlash for the party.

“These are final parting shots as the Democrats lose control of the committees and the power they had in the House. Who really cares about Donald Trump’s tax returns the day before New Years?” he said.

Trump’s tax documents release was not the only attempt by Democrats to score political points. The White House publicized a letter to Republicans on the Oversight Committee stating they would not respond to existing document requests in what appears to be an attempt to undermine the agenda and priorities of Republicans when they take the House.

“The end of Democrats’ unified government in D.C. is mired in partisan pettiness. Instead of working to combat the inhumane Biden border crisis, fentanyl killing an entire generation of Americans, or securing economic prosperity for the future, Democrats are set to stonewall Republicans, release a private citizen’s tax returns, and blow an even bigger hole in our debt and deficit,” said Perrine.

“Really tells the American people all they need to know about Democrat priorities — cheap political points that do nothing to better the lives of working-class Americans,” he added.

“The House majority proved on their way out the door what we’ve known since day one — they put America last,” Lotter said.

“From passing a $1.7 trillion spending bill that secures the borders of Middle East countries, but not our own, to two years of reckless spending that created historic inflation, liberal leaders in the House divided our Nation and put America on a path toward a recession that could very well cost millions of people their homes, their retirement, and their jobs,” Lotter added.

Meanwhile, founding member of South & Hill Strategies, Colin Reed, said the Democrats are attempting to make the most of their final days in the House majority.

“There’s a new sheriff coming to town, and House Democrats know they need to make hay while the sun is still shining. Before they turn over the gavels, they want to accomplish two things: inoculate the current president from upcoming oversight efforts involving Biden Inc. and ensure the national conversations stays focused on the former president,” Reed said.

“Trump’s tax returns have long been a white whale for partisan Democrats,” he added.

“Now that they finally achieved their goal, the American public will render the final verdict on their political worth and impact. Voters are looking for elected officials who can chart a course for the future, not an endless re-hashing of events from the past,” Reed added.

Benjamin Weingarten, a Claremont Institute fellow, compared the release of Trump’s tax returns to the purpose of the January 6 Committee, describing it as a political gambit aimed at attacking opponents that “failed on the politics and the merits.”

“That House Democrats’ final act in the majority was to strike one last blow in their relentless war against Donald Trump — in the process running roughshod over the very norms and institutions they so claim to cherish — marks a fitting end to their progressive rule, and tells you all you need to know about their priorities and posture as they lose their grip on power,” he said.

“This was of a piece with the Soviet show trial-style January 6th Committee that recently reached its unceremonious conclusion, the primary purpose of which was never to unearth truth or hold people to account, but to politically persecute political foes declared guilty at the outset while the Biden Justice Department does the Democrats’ legal bidding in criminalizing its political opponents,” Weingarten added.

Of course they are; this nothing burger is yet one more humiliation for them.

Hope the change of power in the House cleans up some messes.
1. J6ers released
2. Money laundering exposed and dealt with.
3. Voting irregularities punished.
4. WEF ties exposed and squelched.
5. c***d narrative ended, and big pharma held to account.
6. Corrupt media shut down.
7. Constitution upheld and all those who broke oath tried for Treason.