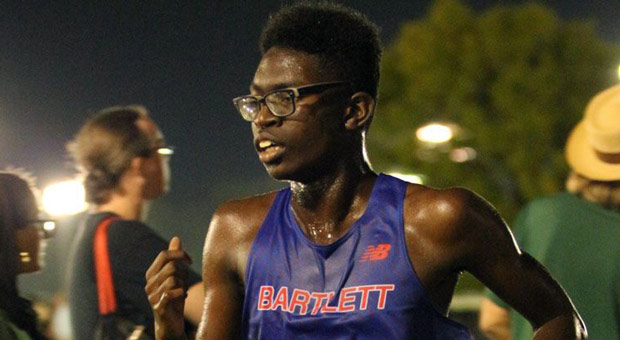 17-year-old Gabe Higginbottom, a junior at Bartlett High School in Tennessee, was taking part in the cross-country race in Pensacola, Florida, before the incident.

Kris Harman, the cross country coach for Bartlett High School, said he could tell something was wrong when Gabe finished the race.

The Bartlett City Schools released a statement following the incident:

“Gabe was transported to the UF Shands Heart and Vascular Hospital in Gainesville, FL by helicopter that night.”

“In Gainesville, they found his right artery was completely blocked. The doctors performed an angioplasty to insert a balloon to open up that artery. Later, they performed a 3-hour surgery inserting two stents and found two blood clots.”

“Cross Country coach, Kris Harman, and Gabe’s mother, Edrika, remain by Gabe’s side, as he is currently recovering at the UF Shands in Gainesville, FL. A Go Fund Me page has been set up by the Cross Country Booster Club,” the post added.

“The money raised will be used to offset any medical bills. No amount is too small. Please pray for Gabe and his family as he begins the rehab process,” the post concluded.

“The doctor at the hospital he’s at, he told our track coach he had seen one (other) instance like this in his 11 years down there,” Clark said.

Gabe is said to be working toward recovery.

“They’re going to get him up and get him walking down the hallway this morning and they think everything is going to be fine,” Clark said Tuesday, Sept. 13.

“He’s a strong, healthy young man, which surely helped in this situation.”

This one survived. How many didn’t, and how many more wont?
and of course, Hey, here’s my go fund me, oh and ill get to why i want your money but here’s the link to give me money. oh yah, here’s my selfie first…oh did I mention I also have a go fund me???

How many more clots are waiting to let loose and get lodged somewhere?
If they put him on thinners, does it dissolve the remaining clots or just help them let loose faster?

Where did they originate from? The legs? There ARE more, they just havent broken loose and got somewhere bad yet.

Nabi Rasch
Reply to  a a ron