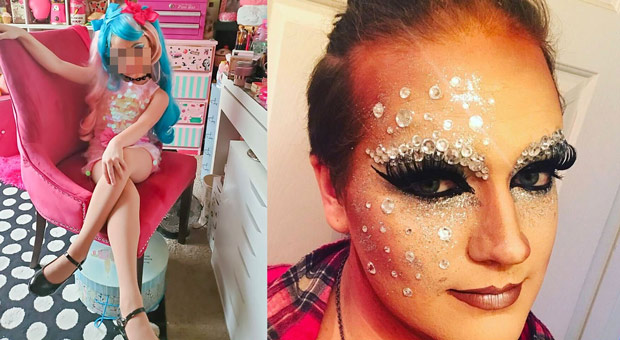 Following the controversy surrounding a drag queen event featuring an 11-year-old child at a pub in Eugene, Oregon, it has now been revealed that one of the child’s “drag moms” was recently charged with child sex abuse offenses.

The revelations come from a recent investigation from the Post Millennial.

“Are you excited for drag queen story time brunch this Sunday morning?”

“Vanellope is here to show you what an 11-year-old drag queen can do.”

The Facebook post featured several photos of “Vanellope Craving MacPherson DuPont,” the stage name of the child, which also included one of the children touching her chest with her mouth opened.

The real name of the child has not been published.

Old Nick’s Pub is known locally in the university town for being a leftist bar, and it frequently hosts drag shows as well as sexual fetish events. Vanellope has performed at different events around the state of Oregon, sometimes with grown male performers in risqué outfits, since at least 2018. The girl has CashApp and Venmo accounts, where adults often send her cash tips. Photographs on her Facebook page also show her being showered on stage with dollar bills.

Vanellope’s handler, Jennifer Hibbs, is also her drag mom, who uses the stage name “Sunshine Ray MacPherson” and is an LGBTQ activist.

Hibbs clarified she is not the girl’s parent or guardian but is the handler for the child.

“Her actual mother does her choreography so that it’s all appropriate,” Hibbs said. “We wouldn’t let her do anything suggestive… it’s terrible that people assume that we would let her do that.”

The announcement of the drag event saw a mixture of praise and backlash, with criticism levied at Vanellope’s official Facebook page, which shows her wearing revealing outfits and being photographed at low angles.

The pub scrambled to delete comments criticizing the event, one of which was from a local mother who stated that one of the child’s “drag moms,” or mentor, had recently been arrested for child sex crimes.

Prosecutors decided that the 32-year-old was such a danger to the public they petitioned the judge to deny her bail.

Boren was a teaching assistant for special education students at Veneta Elementary in Veneta, Ore, at the time of her arrest.

“[Boren] obviously made horrific choices, and she is no longer a friend,” Hibbs said. “She had extremely limited time spent with Vanellope.”

But Boren had been mentoring Vanellope in drag performing since the girl was at least seven years old, according to multiple social media photos.

The child even adopted the name “Craving” into her own drag persona.

According to Boren’s social media account, she held the title of “Miss Heart of Oregon” for a local LGBTQ charity, the Imperial Sovereign Court of the Emerald Empire.

Hibbs said she believes Boren did not victimize Vanellope because they were never alone together, as far as she knew.

Despite the growing controversy surrounding the child’s safety, Old Nick’s Pub has doubled down on promoting their event.

“The thing to remember: This isn’t our first rodeo with hate,” the pub posted Tuesday. “We’ve had white supremacists mad at us from day one for removing them from our spaces and not allowing them platforms on our stage.”

Hibbs says the child is safe.

“She is loved and protected and is not being taken advantage of,” she said, adding that the girl only wants to make a difference in society.

“Sometimes she donates her tips or part of her booking fee to charities.”

When asked about the venue’s upcoming “Fetish Night” on October 28, Hibbs said: “I didn’t know about that, but obviously minors will not be allowed for that.”