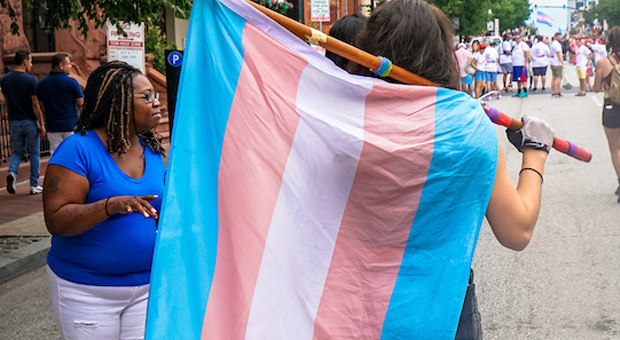 California became the first Transgender sanctuary state in the U.S. to allow children to undergo gender altering procedures from Jan. 1.

The state’s stance on gender modifying procedures contrasts Republican-led states, which are cracking down on gender affirmation surgery.

“In California we believe in equality and acceptance. We believe that no one should be prosecuted or persecuted for getting the care they need — including gender-affirming care,” Newsom said in a signing message.

“Parents know what’s best for their kids, and they should be able to make decisions around the health of their children without fear. We must take a stand for parental choice.”

“You don’t disfigure 10-, 12-, 13-year-old kids based on gender dysphoria,” Florida Gov. Ron DeSantis said at an August press conference. “I think these doctors need to get sued for what’s happening.”

The policy in the Transgender sanctuary state allows children to access drugs and gender-related surgery services or “gender-affirming care,” including those from states where such treatments are banned or restricted.

The law also prohibits state courts from interfering in child custody battles over such treatments.

This includes prohibiting puberty blockers and sex-reassignment surgeries for minors deemed too young for such invasive procedures.

In addition to SB 107, other Progressive Laws in California also came into effect in Janaury, including AB 2147, also known as the “Freedom to Walk Act,” which assumes that jaywalking is a racist crime.

Meanwhile, SB 1375 expands abortion access in California by allowing nurses to perform some abortion procedures without the supervision of a doctor.

AB 2098 requires medical licensing boards to initiate disciplinary action against doctors who don’t follow the official Covid narrative. Some fear the law will prevent doctors from being able to serve their patients due to being restricted from discussing certain information with their patients.