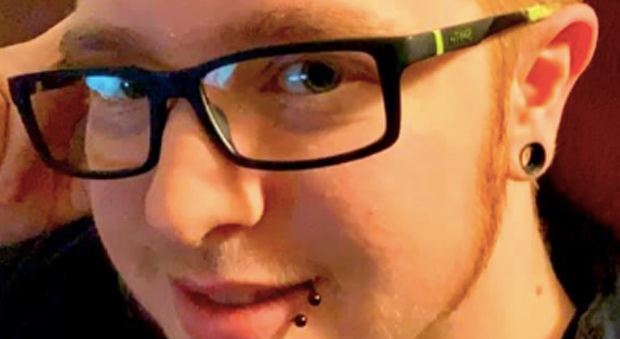 A social worker at a Maine school secretly gave a 13-year-old girl a chest binder in support of her gender transition but told he to her keep it a secret from her parents.

“She is a minor child,” the mom said, her voice breaking, “and under no circumstances should she have been provided a chest binder without knowledge of the parents.”

Lavigne discovered the chest binder in her daughter’s bedroom on December 2, noting that she had found it because keeping a secret from her parents had been causing her distress.

As The Daily Wire reported:

Binding can cause a litany of negative effects, including rib fractures, shortness of breath, potentially chronic back and chest pain, bad posture, overheating, numbness, lightheadedness, and fungal infections. A 2016 study found that more than 97% of people reported at least one of 28 different negative effects due to binding. Lavigne has since pulled her daughter from the school.

The Great Salt Bay Community School staff list appears to be have been scrubbed from their website since December 18. But an archived version of the webpage shows Roy listed as a social worker.

Roy took over as Lavigne’s daughter’s social worker in October, but her parents were never informed, her mom said.

She claimed the social worker provided the 13-year-old with the chest binder just two weeks after meeting her to support her gender transition.

“A social worker at the school encouraged a student to keep a secret from their parents. This is the very definition of child predatory sexual grooming,” Lavigne said.

According to the school’s policies, staff members are prohibited from “asking a student to keep a secret.”

Lavigne demanded that all district employees aware of the chest binder provided to her daughter be fired.

“Laws, policies, and parental trust were broken,” she said, “and the decisions made drove a wedge between a child and their parents.”

“No other parent should have to go through the trauma and distress, serious distress, that this has caused my family,” she said.

Lavigne said her attorney was filing a complaint with the Maine Human Rights Commission.

School Board Chairman Samuel Belknap said that the board is “unable to discuss confidential student and staff information in public.”

“When administrators receive concerns from parents and/or students about potential issues in school, the Board has specific policies and procedures in place that must be followed when addressing those concerns,” read the school board’s statement.

“The Board is aware that rumors and allegations have been published and republished on various social media platforms relating to this issue,” the statement continued.

“While it is unfortunate that some individuals have sought to use this issue to try and divide our community, as a Board, we are committed not only to following Maine law but also honoring our school’s core values, and focusing on treating each other with dignity and respect.”

i’d go postal if they did that to my kid

I wouldn’t want something like that anywhere near a child of mine.

I would do worse than go postal this bullshit has got to stop.

Bill Gates Claims Confronted over Flying on Private Jets, Claims He's 'Not Part of the Problem'
Microsoft founder Bill Gates has claimed his climate change activism does not conflict with his usage...
No posts found
wpDiscuz
3
0
What are your thoughts? Click to commentx
()
x
| Reply