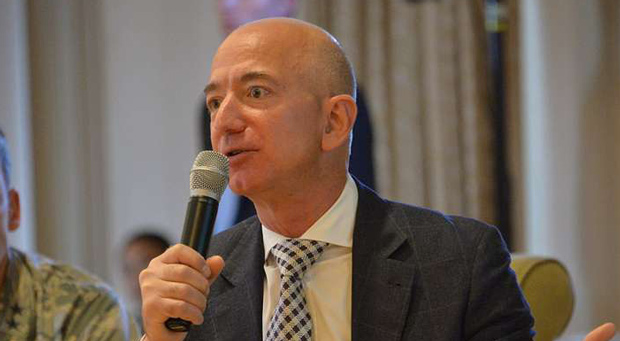 Amazon has announced major layoffs for 2023 with brutal cuts to its workforce in what has already been an unprecedented bloodbath for the tech sector.

Amazon’s layoffs will impact more than 18,000 employees, the highest number for a major tech company.

Meanwhile, Salesforce announced it would lay off 8,000 workers, amounting to 10 percent of its workforce, according to Co-CEO Marc Benioff.

As the economy tanks, rumors that Amazon founder and CEO Jeff Bezos is considering a return to the company after its shares fell by more than half in 2022.

Michael Batnick at Ritholtz Wealth Management made the prediction that Bezos could return to the troubled company.

The news comes just days after The Walt Disney Co. saw a whopping $123 billion wiped from its market value as its stock plummeted 44 percent.

Salesforce joined the list of companies warning they over-hired during the pandemic, causing the company to become bloated just in time for the tech market to tank.

The business-software provider said, “the environment remains challenging, and our customers are taking a more measured approach to their purchasing decisions.”

According to Benioff, most layoffs will occur over the coming weeks as the company’s stock has plummeted nearly 46 percent in the last year.

The cuts are centered primarily on the massive company’s devices business – Alexa – recruiting and retail operations, according to the WSJ. The cuts, 10,000 of which were reported in 2022, have already been going on for weeks.

On Wednesday, current Amazon CEO Andy Jassy addressed the cuts in a blog post, in which he wrote, ‘Amazon has weathered uncertain and difficult economies in the past, and we will continue to do so.’

Amazon also soared during the COVID pandemic as customers switched to online shopping for everything from masks and sanitizer to groceries and amusement. Amazon added hundreds of thousands of employees to keep up with demand.

When demand began to wane for e-commerce, Amazon initiated a broad cost-cutting review to reduce costs for units that were unprofitable.

As The Daily Fetched reported in November last year, Facebook began a series of large-scale layoffs affecting thousands of employees as it plans to cut back its workforce due to a massive drop in share price.

Well those who lose their coding jobs can always learn to mine coal and other fossil fuels.