Biden Prays America ‘Comes Together’ Despite Demonizing Millions of Americans 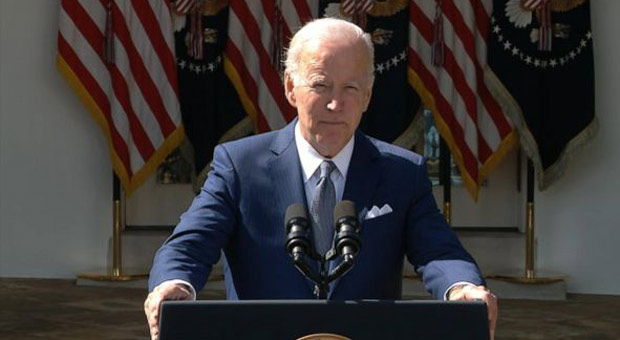 Just weeks after President Joe Biden demonized millions of Trump supporters, he called for the nation to “come together” in speech in the Rose Garden on Tuesday.

But yet again, Biden’s speech from the Rose Garden was full of the same teleprompter word salad that completely contradicted what he previously said.

Biden claimed his Green New Deal, or “Inflation Reduction Act,” would reduce inflation, and anyone making less than $400K will not pay more in federal taxes.

“And let me be crystal clear about something else: No one, as I said when I ran, no one earning less than $400,000 a year will pay a single penny more in federal taxes,” Biden said.

After that, Biden said he hoped the country would come together, despite demonizing millions of Americans weeks ago.

Last week, Kentucky Republican Rand Paul warned Biden’s rhetoric had real consequences following the death of a North Dakota man who was killed because of his political views.

“President Biden needs to realize that his vilification of his opponents is inflaming some of his supporters to violence. As a victim of political violence, both sides need to recognize the consequences of heated rhetoric,” Paul said.

Here is what Biden said in the Rose Garden on Tuesday.

Earlier this month, Biden said: “Too much of what’s happening in our country today is not normal. Donald Trump and the MAGA Republicans represent an extremism that threatens the very foundations of our Republic.”

Joe Biden called Trump voters a “clear and present danger” and enemies of the state.

Now he wants to bring the country together.

“Pray that we figure out how to come together better than we have so far,” said Biden.