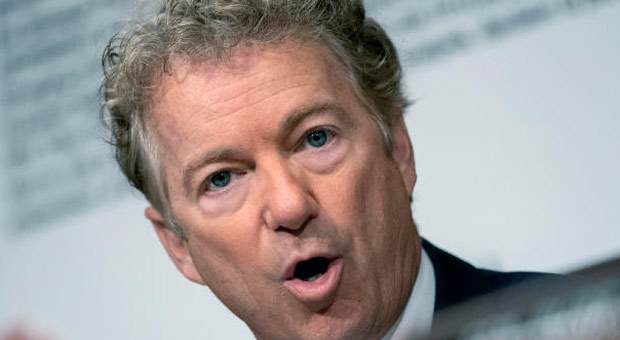 Kentucky Republican Rand Paul highlighted President Biden’s rhetoric following the death of a North Dakota man who was killed because of his political views.

Cayler Ellingson, 18, was killed on Sunday after 41-year-old Shannon Brandt allegedly ran over him with his car because he believed Ellingson was a “Republican extremist,” according to court documents.

Biden critics said the President’s recent speech suggesting that Trump supporters represent an “extremism that threatens the very foundations of our republic” is causing violent division.

“President Biden needs to realize that his vilification of his opponents is inflaming some of his supporters to violence. As a victim of political violence, both sides need to recognize the consequences of heated rhetoric,” Paul said.

“An 18-year-old was executed in cold blood by a Democrat political terrorist because of rhetoric like this,” Rep. Marjorie Taylor Greene, R-Ga., claimed on Twitter along with a video of Biden calling Trump supporters “extreme.”

RELATED: Majority of Americans More Concerned about ‘the Left’ than ‘MAGA’ – Media Silence

“He is like Heather Heyer, the left-winger murdered by a neo-Nazi in Charlottesville. Except the man who drove into Ellingson did so after @JoeBiden incited Democrat hate, and the press will never ask Biden to disavow.”

“.@GOPLeader should promise to open a congressional investigation into Joe Biden if Republicans win back the House for Biden inciting violence in his Sept 1 speech that led to Shannon Brandt confessing he killed Calyer [sic] Ellingson simply for being a Republican,” former Trump legal adviser Jenna Ellis tweeted.

“Joe Biden labeled MAGA Republicans as a threat to this country,” Kansas Republican Sen. Roger Marshall tweeted. “Now, an 18-year has been murdered for his political beliefs. This is so wrong. Praying for this young man and his family.”

“As the President has made clear, this is a nation that rejects violence as a political tool and we do not encourage violence,” a White House spokesperson said. “It has no place in our political discourse and we condemn it.”