Biden Jets Off on Vacation as U.S Crumbles Under Winter Storms 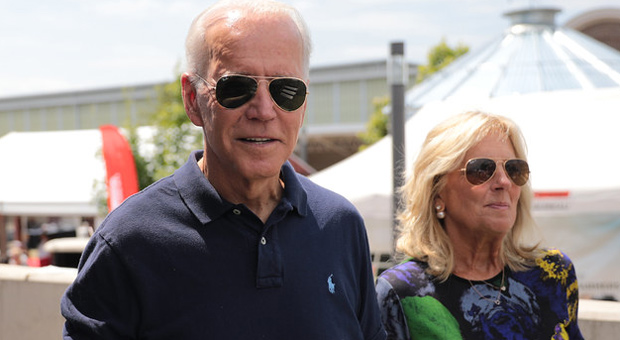 President Joe Biden traveled to the U.S. Virgin Islands with his family as millions of Americans bore the brunt of one of the worst winter storms in history.

Erie County, New York, was one of the worst hits as 34 people died amid heavy snowfall and dangerously cold temperatures.

As of writing, 86 people were rescued “from hazardous situations,” the National Guard said.

The storm killed an additional 25 people in 11 other states and left millions without power, CNN reported.

Amid all the chaos, Biden traveled to St. Croix for a vacation, reportedly staying at billionaire Democrat donors Bill and Connie Neville luxury apartment.

As usual, the establishment media’s reporting of Biden’s vacation was a far cry from the coverage that Sen. Ted Cruz received when he went on vacation earlier this year as people in Texas faced power outages.

RELATED: Joe Biden Has Spent Almost Half of His Presidency on Vacation: Report

As reported by The Daily Wire, a list of the difference in media coverage from the following publications over the two events was noted by political commentator Stephen L. Miller:

Biden – “President Joe Biden this week returns to St. Croix, one of his and first lady Jill Biden’s beloved vacation spots, seeking a final opportunity for rest before what is expected to be a contentious 2023 and reelection run.”

Cruz – “Sen. Ted Cruz and his family flew to Cancun, Mexico, as a winter disaster in his home state of Texas left millions without power or water, according to photos posted on social media and confirmed to CNN by a person familiar with the travel itinerary.”

Biden – “President Biden is in St. Croix in the U.S. Virgin Islands to enjoy some downtime and warmer weather and to ring in the new year with family.”

Cruz – “Sen. Ted Cruz of Texas traveled to Mexico for a family vacation as his home state struggles with a winter weather crisis that has left many residents struggling without power, photos posted to social media appear to show.”

Biden – “President Biden traveled to a place very familiar to him – the U.S. Virgin Islands – to enjoy some downtime and warmer weather and to ring in a new year with family.”

Biden – “President Joe Biden on Tuesday was headed to a place very familiar to him the U.S. Virgin Islands to enjoy some downtime and warmer weather and to ring in a new year with family.”

Cruz – “Texas Sen. Ted Cruz traveled to Mexico for a family vacation as his home state struggles with a weather crisis. a source tells AP. The high-profile Republican was expected to return immediately, according to the source, who spoke on condition of anonymity.”