Joe Biden Has Spent Almost Half of His Presidency on Vacation: Report 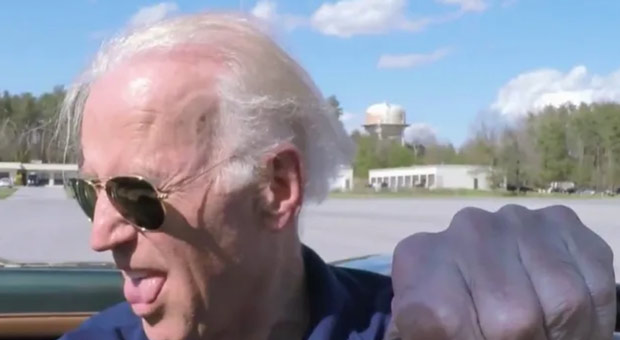 Joe Biden has spent a whopping 40% of his time as President of the United States on vacation, according to The New York Post.

Over the past weekend, Biden was on vacation again, meaning that he has been on vacation for 23 days. during the past month.

The Post also noted that “Biden’s weekend jaunts and vacations spanned 234 days — with seven in 10 of them spent at his homes in Wilmington and Rehoboth Beach, Delaware — out of 589 days in office.”

Biden’s predecessors did not have anywhere near the number of vacation days during their first terms, with Trump taking 132 days, Obama taking 38 days, and Bush taking 100 days.

RNC chairwoman Ronna McDaniel commented that “Soon, Democrats will be able to join Biden on his weekly vacations when Americans vote them out in less than 70 days.”

She added voters want elected representatives “who actually show up to work, to dig America out of Biden’s recession, secure the southern border, and put an end to reckless spending of taxpayer dollars.”

White House staffers claimed that just because Biden isn’t at the White House, it doesn’t mean he isn’t working.

“One would hope that President Biden is working when he is on ‘vacation’ in Delaware, [but] the unwillingness of the White House to disclose his official visitors at Delaware suggests that there is something to hide — including that Biden is completely checked out from his job when away from the White House.”

Biden’s work time is now focused on labeling anyone who disagrees with him as fascists and extremists.

Bide failed to explain what he meant by ‘MAGA proposals’:

Imagine how much MORE damage he could do if he stayed in DC & pretended to be president more?!?!? Glad he stays away even though it’s a waste of taxpayer money!

Exactly what I was thinking, except I’m sure they prop his corpse in the corner when Hunter’s foreign “business” pals visit for dinner.

Biden is Out To Lunch the remainder of the time.

Ah. It isn’t him to worry about. His keepers are the issue.