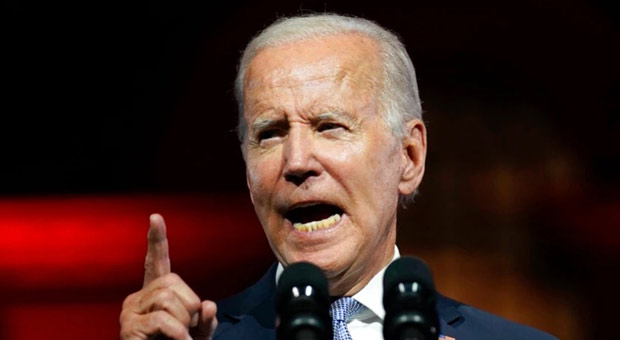 As we reported on Friday, sources began telling mainstream media reporters that the attacker was screaming, “Where is Nancy!” before attacking Paul Pelosi at their San Francisco home.

Police witnessed the suspect, 42-year-old Berkeley resident David Depape, fighting for control of a hammer at around 2:30 a.m.

The suspect “pulled the hammer away from Nancy Pelosi’s husband and violently assaulted him with it,” according to police.

Biden called the attack “despicable,” adding “no place in America” for it while addressing a crowd on the campaign trail in Pennsylvania.

RELATED: Pelosi Attacker Was in His Underwear When Police Arrived, What’s Going on?

“And what makes us think that one party can talk about stolen elections, COVID being a hoax, that it’s all a bunch of lies, and it not affect people who may not be so well balanced.”

“What makes us think that it’s not going to corrode the political climate?” he continued.

Below is a tweet from mission Local journalist Joe Eskenazi:

“My sources also name the suspect in this morning’s hammer attack on Paul Pelosi as David DePape, born 1980, of Berkeley. He would appear to be a former Castro nudist protester. Things appear set to be bizarre for a while.”

A report from Heavey.com references a San Francisco Chronicle article from 2013, where the same man appears to be mentioned – but his name is spelled wrong. However, his name is then spelled correctly in the captions of one of the images.

According to a CNN report, Depape posted ‘debunked’ conspiracy theories on social media.

So Biden, who vowed to unite America as President, has yet again, launched more political attacks against his opponents.