Pelosi Attacker Was in His Underwear When Police Arrived, What’s Going on? 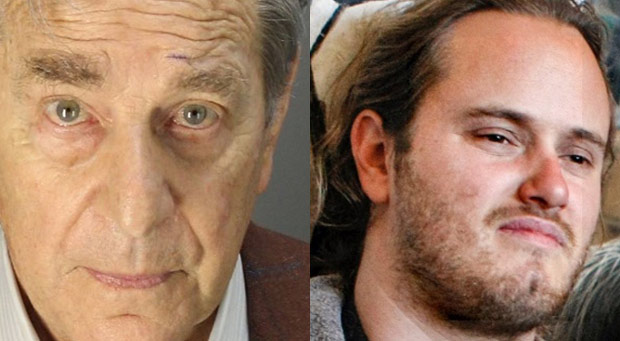 As we reported yesterday, the media narrative dramatically shifted to Nancy Pelosi being the intended target after multiple sources claimed the attacker allegedly was screaming, “Where is Nancy!” – but the House Speaker was in D.C at the time.

But why was the attacker in his underwear?

Mainstream media reports that the Pelosi attacker is a former nudist and conspiracy theorist who posted anti-Semitic rants, racist slurs, and unhinged screeds on religion online.

It is also worth noting that the hippie commune where Depape lived was awash with LGBT flags and BLM posters, as poltical commentator Sebastian Gorka pointed out on Truth Social.

Police said they arrested hemp jewellery maker David DePape, 42 after he broke into the Pelosis’ $ 6 million San Francisco home at 2.27 am in his underwear and beat 82-year-old Paul Pelosi with a hammer while shouting ‘where’s Nancy.’

Cops say they were at the property in the exclusive Pacific Heights neighborhood when they saw the suspect grapple with Pelosi, take the hammer, and hit him with it, causing severe head, arm, and hand injuries.

DePape grew up north of the border but moved from British Columbia to California 20 years ago. He followed a love interest, his stepfather told CNN, and family members have insisted he was a ‘good kid.’

He ended up in the Berkeley area, an ultra-liberal city enclave, where he lived in a three-bedroom Victorian flat with famed nudist activist Gypsy Taub and a group who believed 9/11 was an ‘inside job.’

A November 2008 article in the Oakland Tribune reported that he had ‘three small children with Russian-born Taub. She was quoted in the article on community meals saying: ‘In Russia, where I am from, people share more, and I want my kids to grow up knowing sharing.’

Taub and her fiance Jaymz Smith tapped DePape to be their best man at their nudist wedding in 2013, but he stayed dressed and took photos during the ceremony that attracted a huge police presence.

Sounds like the attacker has a very colourful history.

Biggest question was Paul in his tighty-whiteys too?

He was boffing the old man. I mean look at nasty nancy, that’d turn anyone gay

I am not a dem. but I do feel sorry for Nancy if her husband was seeing a male prostitute.

They were fighting over the gerbil…

All a distraction to take away attention from his Drunk driving hit and near homicide , and the D.a. let him off