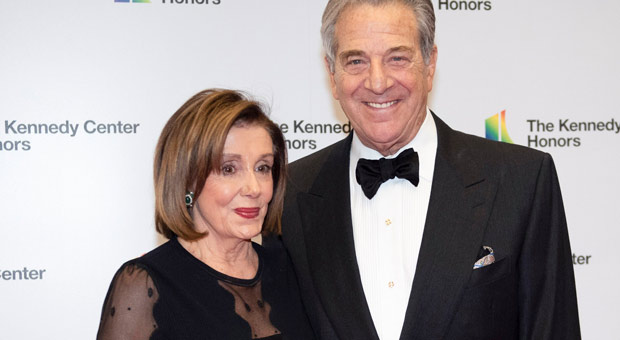 Sources are telling mainstream media reporters that the attacker who broke into House Speaker Nancy Pelosi’s home was screaming, “Where is Nancy!” before attacking Paul Pelosi at their San Francisco home.

Nancy Pelosi was in DC at the time of the attack, but the attacker reportedly wanted to wait until she got home so she could find her husband tied up.

“The man who beat Paul Pelosi with a hammer was targeting the Speaker, demanding to know “Where’s Nancy?” He broke in through a sliding glass door. Law enforcement sources say the attack was politically motivated,” Kristin Wilson tweeted.

Meanwhile, CNN jumped in with a similar report:

Local reporter Stephanie Sierra with KGO-TV says Paul Pelosi reported to have undergone surgery, “Sources confirm Paul Pelosi was allegedly hit ‘violently’ on the head w/ a hammer after a suspect broke into their #SanFrancisco home early this morning. The suspect was looking for Nancy Pelosi who was out of town. Paul has undergone surgery & is expected to have more today.”

Other media outlets are now spinning story around the ‘dangers of poltical debate,’ – we know where this is going…

Rep. Ro Khanna, D-Calif., decried the attack on Paul Pelosi and said the current political atmosphere is dangerous for public servants and their families.

Khanna, a member of the House Oversight and Reform Committee and the deputy whip of the Progressive Caucus, told MSNBC’s Katy Tur that “it’s just so appalling that we’ve come to this state in our democracy, that Paul Pelosi can’t be safe in his own home.”

Asked if he feels safe, Khanna said, “I don’t think anyone in public life today is completely safe. I would say though, that there are other colleagues of mine, particularly women, women of color, who are bigger targets. And we have to really understand that words have consequences in political debate.”