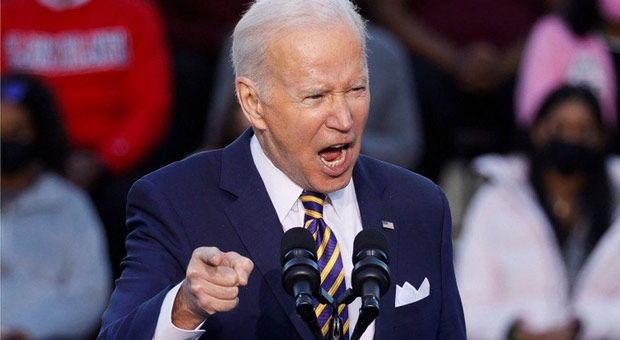 Just a week after President Joe Biden demonized millions of Trump supporters as “semi-fascists,” he is now preparing to deliver a major speech to heal the “soul of the nation.”

Last week Biden said, “It’s not just Trump, it’s the entire philosophy that underpins the — I’m going to say something — it’s like semi-fascism.”

During Biden’s 2020 campaign, he made calls for unity, but if the last 18 months are anything to go by, he’s done anything but that.

“Instead of treating each other’s party as the opposition, we treat them as the enemy. This must end,” Biden said during his October 2020 speech at Gettysburg.

On Thursday, Biden plans to deliver his new “soul of the nation” speech at 8:00 pm near Independence Hall in Pennsylvania.

But it is apparent Biden is more willing to demonize Republicans and Trump supporters as a threat to Democracy.

“The MAGA Republicans don’t just threaten our personal rights and economic security, they’re a threat to our very democracy,” Biden said at a campaign rally.

As Biden remains weighted under abysmal approval ratings on economic issues, his political team has tried to brand MAGA Republicans as “the other” party that is a fundamental danger to the United States ahead of the midterm elections.

“There are not many real Republicans anymore,” Biden lamented, adding that “I respect conservative Republicans, I don’t respect these MAGA Republicans.”

In the wake of the recent FBI raid of former President Donald Trump’s home at Mar-a-Lago, more Republicans believe the government is weaponized against MAGA.

Desperate Hillary Clinton Continues to Spread Anti-Trump/Russia Disinformation
The Trump-Russian collusion hoax has long been put to bed since being discredited. Still, twice-failed...

Guardsman Who Escorted Queen's Coffin Found Dead in Barracks
A teen guardsman who walked with the Queen’s coffin during the late Monarch’s funeral procession...

Europe Facing Potential Famine in the Wake of Nord Stream 'Attack'
As the unprecedented energy crisis across Europe worsens, the recent attack on the Nord Stream 2 gas...

California Decriminalizes Jaywalking Because of 'Racism'
Democratic Gov. Gavin Newsom signed a new law decriminalizing jaywalking across California because it...