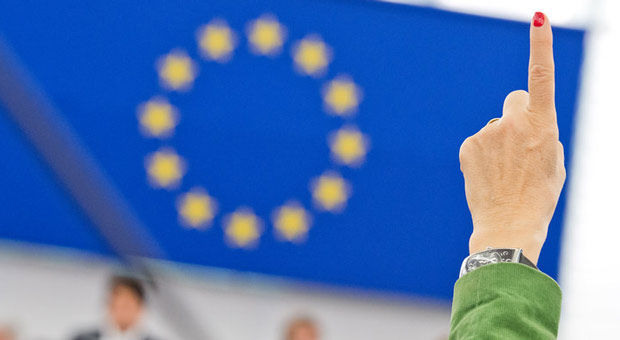 A Member of the European Parliament, Romanian MEP Cristian Terhes, accused the European Union of pushing “horrible propaganda” after a project described pedophiles as “people with a sexual interest in children.”

Terhes accused the bloc of trying to rebrand the term with something “more appealing and morally neutral.”

The news comes amid controversy surrounding an EU project’s use of the term Minor-Attracted People (MAPs) to describe pedophiles. The highly controversial term is overly sympathetic toward child predators.

Terhes claims that the EU is still trying to soften the language around pedophiles, with another EU project on child protection referring to them as “people with a sexual interest in children.”

“I am shocked and appalled, in equal measure, that the European Commission was, until very recently… replacing the term ‘pedophile’ with the more appealing and morally neutral phrase of Minor Attracted Person,” Terhes told Breitbart.

“They even intensified this horrible propaganda and are now talking of ‘people with a sexual interest in children,'” he continued.

“This attitude of the European Commission to soft soap an evil and criminal behavior, like pedophilia, is dangerous and a threat to all children in Europe,” the public representative said, calling for the project to be withdrawn by European Commission.

The Romanian MEP also highlighted the EU’s continued funding of drag queen shows for children, with the bloc giving financial support to drag projects in the likes of Germany, Spain, and Slovenia.

One EU-sponsored project which took place in Berlin — titled ‘Drag It Up!’ — saw “38 young queer people” trained in the art of drag. Those involved were taught to put on makeup and wigs, walk in high heels, and implement “methods of blurring and exaggerating traditional binary gender roles.”

Terhes said funding for such projects must be explained, adding they constituted a risk to child safety.

“The European Commission must also explain why it is funding the Drag Queen Shows across Europe through the Erasmus+ scheme,” he said, adding that “children must be protected from overly sexual displays like this.”

“I call on Ursula von der Leyen to immediately withdraw these projects from Erasmus+ and Horizon and publicly apologize, on behalf of the European Commission,” he demanded.

“She must assure the public that no similar projects, or anything soft on child abuse, will ever be supported by the European Commission again.”

Anyone who suggests removing the negative stigma of pedophilia should be ostracized and .ade to explain their position immediately and publicly. There’s only a single reason to decriminalize child rape.

The only people that want to sprinkle sugar on podophiles to make them sound sweeter are podophiles.

‘People with a Sexual Interest in Children’ – Here we call people who think like this, a target rich environment.

ZERO tolerance for children, commutards-you WILL be blown away-NOT skeered of leo’s and courts…
Your MOVE, pedophilics.

How about “perverts with mental disorders”?