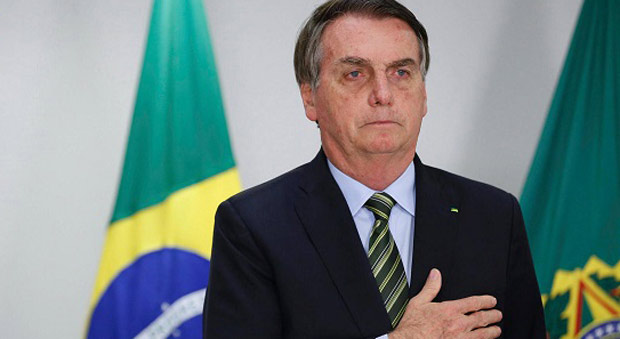 De Moraes also upholds fines against Bolsonaro’s Party while striking down charges against the Supreme Court.

Meanwhile, Bolsonaro supporters gathered outside Southeast Command HQ army base in Ibirapuera, São Paulo, calling for the Military to intervene in the election results.

Protestors asked an unidentified officer if there was reason to hope for a Military intervention. The officer answered: “Every hope.”

A video from the Venezuelan border appeared to show massive troop mobilization in the middle of the night on Dec. 14.

There have already been 100 arrests allegedly seizing 15 weapons, according to Antagonista.

Federal Police raided the homes and offices of Delegates Captão Assumção and Carlos Von and banned them from using social media.

Assumção posted a photo with his mouth taped shut, writing, “URGENT: Federal Police are in my house and in my office, at the behest of Alexandre de Moraes. I committed the terrible crime of FREE THOUGHT.”

The vice president of Brazil, retired General Hamilton Mourão, called the protests against the non-auditable, all-electronic elections “legitimate” no matter “how much they try to call them “anti-democratic.”

The Superior Electoral Court, also chaired by Moraes, opened an investigation Wednesday against President Bolsonaro and 8 others, such including delegates Braga Neto, Carla Zambelli, and Bia Kicis, for demanding election integrity.