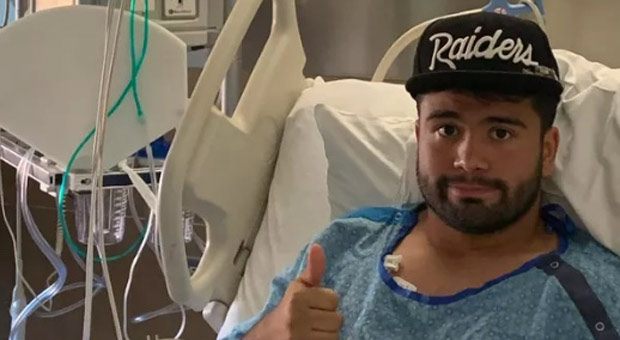 A local high school football star who suffered a major heart attack last November is asking for the public’s help in getting a new heart.

“It’s been a little tough on him that he can’t get up, get out of bed and do his normal activities and stuff that he used to do, but he’s hanging in there,” Markus’ father, Steven Martinez said.

Markus’ mother, Shelly Segura, said her son’s heart is only functioning at 12% to 15%, which means he needs a new heart as soon as possible.

“His heart is just unfortunately too sick right now,” Segura said. “We’ve all come together and have been praying for him. We’re really trying to stay positive for Markus.”

The heart attack came as a shock to everyone, the family said.

“I just couldn’t believe it was happening to someone so young and athletic,” Steven said.

The teen’s older brother, Steven Martinez, said watching his brother miss out on his senior year was tough.

“It’s been hard for him just watching everyone go through all the senior stuff that a normal kid gets to go through, and he doesn’t get to enjoy that,” Markus’ brother said.

Markus has been accepted for a heart transplant at UCHealth University of Colorado Hospital in Aurora.

A GoFundMe has been set up to help with the medical expenses.

The doctors were successful in removing some of the blood clots, but not all of them, according to a fundraising campaign created for Markus.

“We’re hopeful he can get a heart anytime now,” Segura said. “Despite everything he’s staying positive. Of course, it’s scary. He’s scared, but he still has a positive attitude.”

The family expressed gratitude for the outpouring of support from the community.

“Markus definitely has a lot of love and support and we’re very grateful for that,” Segura said. “I think that’s what’s keeping him going.”

You can help the family with Markus’ possible heart transplant, medications and any other unexpected medical expenses here.