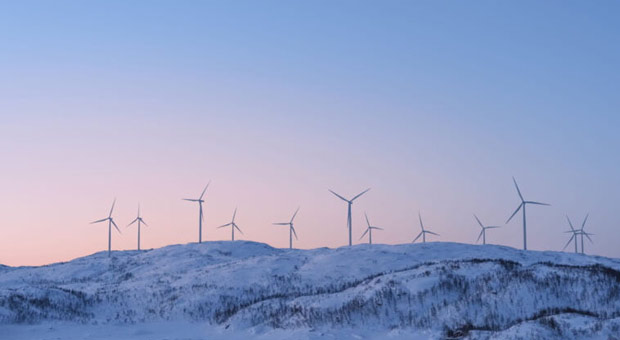 The Ånstadblåheia wind farm near Sortland, Norway, is facing closure after parts have fallen off turbines due to “strong winds.”

The Sortland wind farm, which boasts 14 turbines, produces 140 and 150-gigawatt hours of electricity a year.

Morten Berg-Hansen, the editor of a local newspaper in Norway, said it was not “safe” to travel on the mountain due to the turbines.

“In the last two years, it has not been safe to travel on the mountain. Although the facility is now being equipped for the future, and the surrounding area made safe, the reputation is damaged,” Morten Berg-Hansen said.

Meanwhile, the section head for the Norwegian Water and Energy Directorate, Anne Johanne Kråkenes said, “They have made some improvements. But we note that unwanted incidents still occur.”

NVE officials said that they could face a complete shutdown if the wind farms are not fixed.

“In Norway, there are clear regulations for how wind parks can operate,” Kråkenes said, according to Fox Business.

“This relates to several aspects, i.e., safety, environmental impact, and local communities. NVE’s responsibility as a directorate is to supervise and ensure that these regulations are followed,” she said.

The company has until Oct. 12 to fix the problems or face closure, which Kråkenes said: “will hopefully not be the outcome in this case.”

The general manager of the wind farm, Noor Nooraddin, said the weather makes it tough on the machinery.

“The weather and wind in Vesterålen is probably one of the toughest things you can subject such machinery to,” he said to Fox Business.

“It turned out that the covers were not made for such tough conditions as it can sometimes be at Ånstadblåheia. We who live here now have a clear expectation that they will clean up,” he said.

“We record repeated falling objects from the turbines linked to strong winds. This should not happen,” Kråkenes added.

Wind farms in the UK

The news comes amid reports that early half of all the UK’s offshore wind capacity is owned by state-owned or majority state-owned foreign entities; SkyNews reported:

Denmark’s Orsted, which is majority owned by the Danish government, and Norway’s Equinor come top of the list of public entities with the largest stake in UK offshore wind power, at 20% and 9% respectively.

They are followed by state-owned organizations in Sweden, Italy, China and France, according to an analysis by the Common Wealth think tank and provided exclusively to Sky News.

Common Wealth’s assessment of publicly available data from the Crown Estate, which owns and leases much of the seabed around this country, found that the UK is twelfth on the list, behind United Arab Emirates, Ireland, Germany, Japan and Malaysia.

In large part, this is because the UK government only owns a small renewable energy company called Offshore Renewable Energy Catapult, which is focused on research and innovation and holds a tiny percentage of capacity.

Any idiot knows that “wind farms” are a failed concept. So-called “renewable” energy can’t sustain the needs of Mankind. This is a great example of the Emperor’s New Clothes. EVERYONE sees this can’t work…but we press on as if it makes sense. Just like the lockdowns, masks and vaccines.

Just wait until EU citizens start freezing to d***h this Winter because of this green delusion. And then the food riots begin….

Renewables simply won’t be able to replace fossil fuel base-load power generation in a generation, much less by 2030-2035. The darkness and d***h that is being foisted upon the EU by their own “leaders” will hopefully be the game-changer that this world so desperately needs right now.

Made mostly in China these contraptions never in their lifetimes recover the amount of Energy expended in their construction & installation.
Did I mention the fact they are Eyesores and K**l 10s of thousands of birds.

Wind power, another leftist wet dream, literally coming apart at the seams. F these leftard dreamers. Time to go back full steam ahead to fossil fuels.

Germany Bans Farmers from Fertilising Own Land to Serve EU 'Green Agenda'
Farmers in Germany have been banned from properly fertilizing large areas of their land under strict...
No posts found
wpDiscuz
7
0
What are your thoughts? Click to commentx
()
x
| Reply