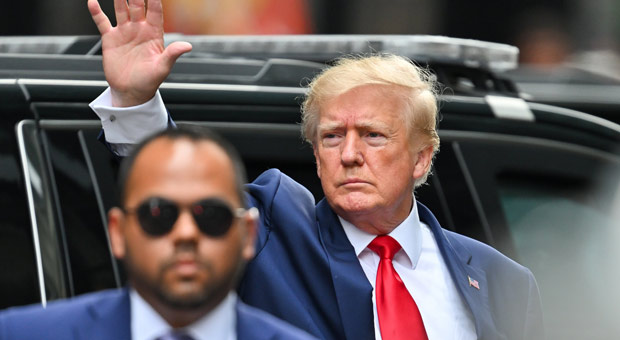 A federal judge has sided with Donald Trump, announcing her “preliminary intent to appoint a special master” to review the documents seized from the former president’s home during the FBI raid earlier this month.

The appointed “special master” would review documents and materials to determine which are protected by attorney-client privilege and executive privilege and bar the Department of Justice (DOJ) from using them.

The decision by Judge Aileen M. Cannon comes just under a week after Trump’s legal team filed a motion for an independent review of the documents seized by the FBI.

Trump’s motion argued the FBI raid was political and a hit job against him by President Joe Biden’s DOJ.

“Law enforcement is a shield that protects Americans. It cannot be used as a weapon for political purposes,” Trump’s motion said.

“Therefore, we seek judicial assistance in the aftermath of an unprecedented and unnecessary raid on President Trump’s home at Mar-a-Lago, in Palm Beach, Florida,” Trump added.

Trump’s Motion for Judicial Oversight And Additional Relief requests the court appoint a Special Master, prohibit the FBI from further review of the seized documents until the Special Master is appointed, order the government to release a more detailed property receipt, and return any item seized that was not within the search warrant’s scope.

Fox News reported that the Judge’s decision was based on Trump’s submissions and “the exceptional circumstances presented.”

“Pursuant to Rule 53(b)(1) of the Federal Rules of Civil Procedure and the Court’s inherent authority, and without prejudice to the parties’ objections, the Court hereby provides notice of its preliminary intent to appoint a special master in this case,” Cannon wrote in a filing.

But the appointment of a special master was opposed by the DOJ.

The news comes a day after Magistrate Judge Bruce Reinhart, who approved the search warrant on Trump’s home, released a heavily redacted version of the underlying affidavit used to justify the raid.

In a statement released shortly after Judge Cannon’s decision, Trump reiterated that the FBI raid was “done for political purposes.”

“Federal Judge in Florida just took over the Presidential Records Act case, including the unprecedented, unnecessary, and unannounced FBI/DOJ Raid (Break-In!) of my home, Mar-a-Lago,” Trump posted on Truth Social.

“This assault was done for political purposes just prior to the Midterm Elections (and 2024, of course!). It is a disgrace to our now Third World Nation!”

Judge Cannon ordered DOJ attorneys to file a response two days before a September 1 hearing and provide, “under seal,” a “more detailed Receipt for Property specifying all property seized pursuant to the search warrant executed on August 8, 2022.”

Judge Cannon also ordered DOJ attorneys to file under seal a “particularized notice indicating the status” of its review of the seized property.

The DOJ was further requested to provide its “respective and particularized positions on the duties and responsibilities of a prospective special master, along with any other considerations pertinent to the appointment of a special master in this case.”

Five of the boxes seized by the FBI reportedly included information that Trump’s team says is protected by the attorney-client privilege.

“Oh great! It has just been learned that the FBI, in its now famous raid of Mar-a-Lago, took boxes of privileged ‘attorney-client’ material, and also ‘executive’ privileged material, which they knowingly should not have taken,” Trump posted on Truth Social.

“By copy of this TRUTH, I respectfully request that these documents be immediately returned to the location from which they were taken. Thank you!”