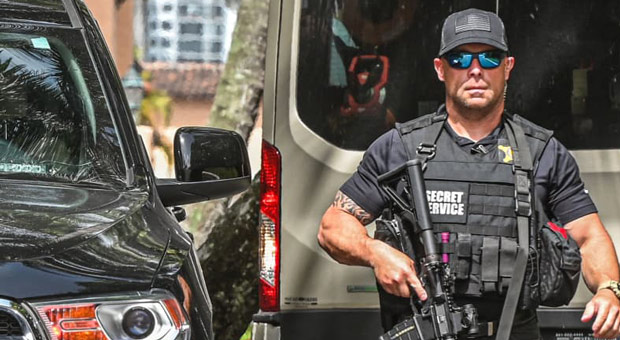 Former President Donald Trump announced on TRUTH Social he will file a 4th Amendment unlawful search and seizure motion against the “illegal” raid by the FBI at at his home at Mar-a-Lago earlier this month.

“A major motion pertaining to the Fourth Amendment will soon be filed concerning the illegal Break-In of my home, Mar-a-Lago, right before the ever important Mid-Term Elections,” Trump wrote.

The 45th President argued the FBI raid on his home violated his rights, “together with the rights of all Americans,” was part of a continued witch hunt against him.

“My rights, together with the rights of all Americans, have been violated at a level rarely seen before in our Country,” Trump said.

“Remember, they even spied on my campaign. The greatest Witch Hunt in USA history has been going on for six years, with no consequences to the scammers. It should not be allowed to continue!” He added.

The news is the most recent development in the public feud between Trump and the FBI following the unprecedented raid.

Trump is also considering releasing surveillance footage of the FBI raiding his home.

People “close to Trump” and anonymous Trump “allies” have encouraged the 45th President to release the footage to the public.

The footage, currently in Trump’s possession, could shed new light on the raid, which the former President called a “political” attack.

Trump confirmed on Truth Social that the FBI demanded all security cameras be turned off during the raid, but they remained active.

Trump also revealed the FBI “stole” his passports while conducting the raid.

READ MORE:  Top Analyst Reveals Why 'There Probably Won't be an Election' in 2024

The raid has led more Americans to believe Biden is using the FBI as his “personal Gestapo.”

According to a recent Rasmussen poll, 53 percent of Americans agree with Roger Stone’s claims that “a group of politicized thugs at the top of the FBI who are using the FBI … as Joe Biden’s personal Gestapo.”

Trump also slammed the FBI on TRUTH Social for being “viciously and violently involved in the life and times of politics in our Nation.”

“Never in our Country’s history has there been a time where law enforcement has been so viciously and violently involved in the life and times of politics in our Nation,” Trump said.

“They are destroying our Country!”