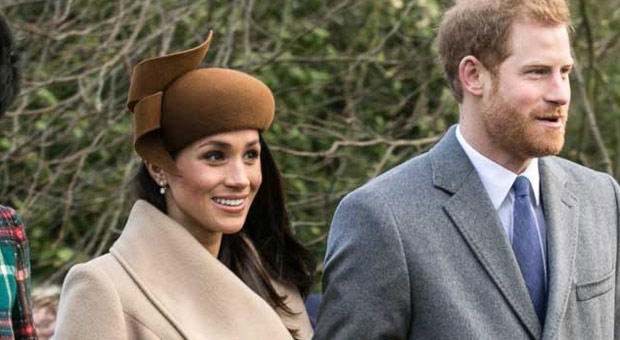 Meghan Markle lives rent-free in most of our heads, especially if you consume the babble of the establishment media’s ‘woke’ race-baiting reporting surrounding the Royal Family.

Markle arrived at the perfect time. We’re nearing the end of 2022, and the UK is slap bang in the middle of an ultra-woke era, where even asking, “where are you from?” is considered horribly racist. The fact that we’ve even needed to debate whether such a question has racist connotations should tell you how far we have drifted from normality.

There is no question that the UK once lived in the shadow of underlying racism, most specifically in the era of Stephen Lawrence, a British black man tragically killed by racist thugs, which was later ensued by a colossal cover-up.

Also, not to forget many British pubs in the 1970s had signs saying “No Irish, No Blacks, No Dogs,” which can be used as a marking point on how far we’ve come since then.

Despite the lessons learned and the fact that the UK has, for the most part, enabled multicultural harmony, a ‘woke’ princess reminds us peasants that we are still inherently racist.

Meghan uses the ‘victim mentality’ derived from her black heritage to not only engage but also manipulate and enable those crazy ‘woke’ leftists who are frantically building a miserable world devoid of free speech.

Both Meghan and her husband, Prince Harry, encapsulate the idea of privilege. A woman who has everything tells us she’s a “victim” is almost like a billionaire complaining about their Iranian Beluga caviar in front of people standing in the freezing cold outside a food bank.

The insult goes way beyond ripping the band-aid off; it pours salt on the wound and perhaps some sulphuric acid to boot.

The Sussexes lasted just 683 days as a royal couple before ‘Megxit,’ a term we are not allowed to use because it’s sexist and racist.

Since then, we’ve been smothered with Meghan’s biography, her 85-minute Oprah Winfrey interview, a constant barrage of TV and magazine appearances, podcasts, and now the latest six-part self-indulgent self-portrait on Netflix.

Most notably is the Sussexes’ depiction of Queen Elizabeth II, a powerless puppet operating at the mercy of darker, superior forces. Although this may or may not be accurate, it is not the point; the attack went way beyond the Queen as a person; it was another dagger into the country’s identity.

Then came Prince Harry’s “outrageous” comparison between his wife and Princess Diana.

It is worth noting that Diana’s mission was to bring the monarchy into closer contact with its people, the complete opposite of what Megan is doing.

Princess Dianna was the patron and president to multiple charities throughout her life, in which many of the organisations focused on AIDS awareness and prevention, banning the use of landmines, battling poverty and homelessness, various cancer trusts, Leprosy, as well as opening up the stigma surrounding mental illness.

The comparison of Diana to Meghan Markle is loose at best; having a hard time with how some media outlets portray Megan could play some justification, but as of now, she is the polar opposite of the late Princess of Wales.

Even a former confidante of Princess Diana notes the problem with Meghan’s liberalism.

“Her politics are an issue,” Lady Colin Campbell, a confidante of Princess Diana with contacts in the royal family, told The Daily Beast in 2018. By lonely, she means walking around the estate alone and spending time with Prince Harry’s friends.

“She is ultra-liberal, and that trendy-lefty stuff does not go down well with some of Harry’s friends. He has introduced her to them all at parties and weddings and private dinners, but she is very anti- a lot of the things that their world functions upon, such as shooting.”

In 2018, Irish Senator Catherine Noone tweeted that the Duchess was “pleased to see the result” of the Irish referendum on legalizing abortion.

Meghan faced massive criticism for potentially breaching the protocol where Royals are prohibited from interfering in politics. Unsurprisingly, her tweet was not flagged or deleted.

There is no one to blame for the growing visceral hatred of Meghan but Meghan herself.

From claiming she felt suicidal while pregnant after a senior member of the royal family asked questions over the color of her unborn baby’s skin, to the supposed ‘unconscious racism of the media, the pure victim mentality of Meghan Markle is unprecedented.

As US journalist Megyn Kelly so aptly put it: “You can become a princess. You can live in a palace. You can [have] access to the crown jewels and still somehow find yourself a victim.”

Watch my interview on The Megyn Kelly Show:

They may be a distraction, but the reality is there is a whole culture of narcissistic fake oppression sweeping the West. It’s dangerous, and they’re leading the way by example.

So just remember when you can’t afford you energy bills this month, spare a thought for the less fortunate like Meghan Markle.