Elon Musk Vows to Defeat “The Woke Mind Virus,” Says “Nothing Else Matters” 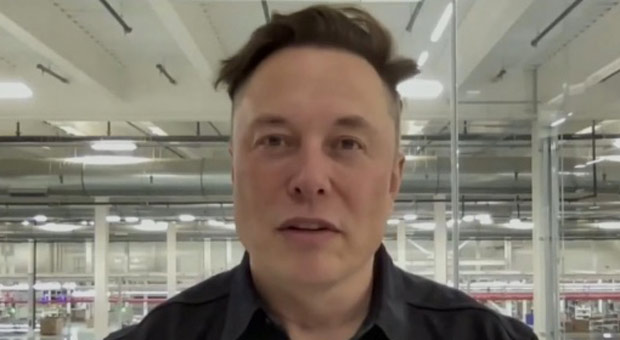 On Monday, Twitter CEO Elon Musk vowed to defeat what he termed “the woke mind virus” a day after tweeting his pronouns were “prosecute/Fauci.”

“The woke mind virus is either defeated or nothing else matters,” Musk tweeted.

“We are either in a mass awakening event or total collapse of society.”

On Sunday, Musk tweeted, “my pronouns are prosecute/Fauci,” which has since garnered 166,000 retweets and 1 million likes.

“When Musk was asked if the Twitter files were coming on COVID, her replied:

“Oh it is coming bigtime …”

RELATED: ‘Woke’ Schools in Australia Renaming Grandparents to ‘Grandfriends’ to be More Inclusive

“Elon, please don’t mock and promote hate toward already marginalized and at-risk-of-violence members of the #LGBTQ+ community. They are real people with real feelings. Furthermore, Dr Fauci is a dedicated public servant whose sole motivation was saving lives,” Kelly tweeted.

“I strongly disagree. Forcing your pronouns upon others when they didn’t ask, and implicitly ostracizing those who don’t, is neither good nor kind to anyone.”

“As for Fauci, he lied to Congress and funded gain-of-function research that killed millions of people. Not awesome imo.”