U.N. Declares ‘No Return to Fossil Fuels’ Despite Energy Crisis 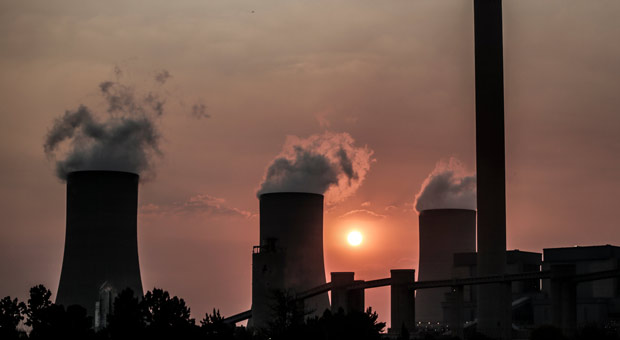 As the world grapples with an unprecedented energy crisis, the U.N declared there would be no return to fossil fuels despite coming winter shortages and soaring prices.

Following Russia’s reduction of gas supplies to Europe amid the invasion of Ukraine, fuel prices are now soaring, while supply chain issues are also impacting.

Deputy U.N. rights chief Nada Al Nashif said, despite those travails, “There is no room for backtracking in the face of the ongoing climate crisis.”

Nashif also claimed the devastating floods affecting more than 33 million people in Pakistan are an example of climate as a result of using fossil fuels.

“How many more tragedies of this sort do we need before the urgency of the moment jolts us into action?” she pleaded.

Al Nashif pointed out “some E.U. member states are turning to investments in fossil fuels infrastructure and supplies” and declared they must stop.

“While that impulse is understandable, I urge the E.U. and its member states to consider the long-term consequences of locking in more fossil fuel infrastructure,” she declared.

“It is essential to accelerate the development of energy efficiency projects and renewables.”

Al Nashif urged all countries “to seek an ambitious outcome” at the next U.N. climate conference, COP27, set down for Egypt in November.

She said they should seek to “address loss and damage and meet and increase climate finance commitments, ” noting claims for financial redress will be on the table.

Even as the U.N. looks toward Europe and scolds any potential return to fossil fuel as a power source, elsewhere, nothing has changed.

Last week, U.S. Treasury Secretary Janet Yellen said that in the future, the United States would soon rely on “the wind, sun, and other clean sources of energy” – not oil and gas.

Yellen cited the Democrats’ Inflation Reduction Act in her remarks during her visit trip to Detroit, Michigan.

“Our plan — powered by the Inflation Reduction Act — represents the largest investment in fighting climate change in our country’s history,” Yellen told the crowd.

“It will put us well on our way toward a future where we depend on the wind, sun, and other clean sources of energy.”

“We will rid ourselves from our current dependence on fossil fuels and the whims of autocrats like [Russian President Vladimir] Putin,” Yellen added.

Shut off the power to the UN building, let them live the dream

The UN is stupid and needs to be gone

The simple fix is take away ALL the natural fuel cars from the so-called .. ” Diplomats” at the UN and make them take public transit ( deadly and dangerous) or a EV.. practice what you preach. Shortly thereafter, they would drop these absurd demands