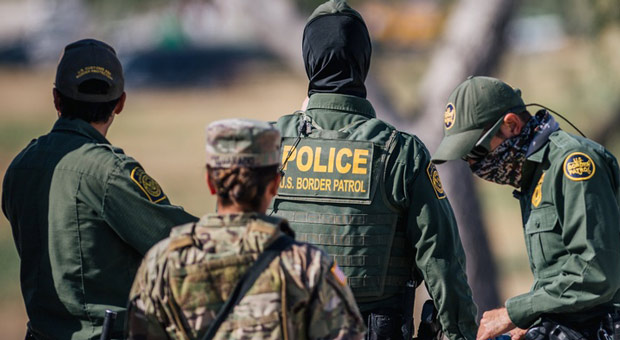 One of the migrants, a Salvadoran National, has a criminal conviction from a New York court for raping a disabled child.

The migrant was arrested while attempting to avoid apprehension by circumventing the checkpoint.

The man was identified as 37-year-old Saul Reynaldo Mendoza-Reyes.

A records check uncovered a 2012 conviction by a New York court for the rape of a disabled minor. U.S. Immigration and Customs Enforcement (ICE) Enforcement and Removal Operations officers deported the Salvadoran national in 2018.

On the same day, a group of ten migrants attempting to avoid apprehension near Quemado, Texas, were approached by Eagle Pass North Station agents.

The agents identified one of the migrants as 22-year-old Pedro Ulloa-Cordova, a Mexican national.

During a biometric background investigation, agents found one of the migrants had an aggravated felony conviction by a Utah court for sexual abuse of a child.

The Mexican national was previously deported in 2021, officials stated.

The two sex offenders were part of nearly 10,000 migrants apprehended in this border region during the last week.

Additionally, another 2,429 migrants are counted as known got-aways.

In October, the agents apprehended approximately 42,000 migrants – 50 percent higher than in October 2021.