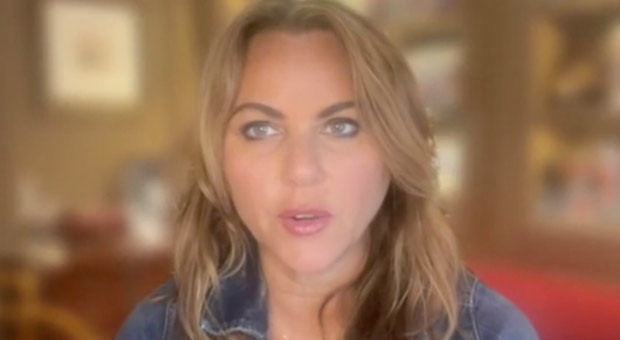 The apparent controlled collapse of the U.S. southern border under the Biden regime is part of a broader plan to implement as one world government, according to investigative journalist Lara Logan.

Logan appeared on Steve Bannon’s “War Room” explaining how millions of illegal aliens pouring into the United States are part of a “long-term plan and political ideology to obliterate the sovereignty of this nation and change the way the world looks, forever.”

“It’s just that this is the place that is the light and the guide for the whole world,” she continued.

“And so this is the country that has to fall first in order for the other countries to fall.”

Logan said a high-level source within the globalist “cult” told her that the plan is to bring in 100 million people into the United Sates in order to justify merging Canada, Mexico, and the U.S. into one governmental entity.

“And what I learned from a source, who is a very unique source, having infiltrated the Globalist’ cult’ at the U.N. level is that he was in high-level meetings that required a number of security clearances where they actually discussed the plan to bring 100 million people into the United States, in order to pave the way for a regional government of US, Canada and Mexico,” Logan said.

“And that was to bring in 100 million people from Latin American countries, together with a strategy of creating these cartels, making life unbearable,” Logan said.

“It’s called the ‘Push-Pull Strategy,’ where they push people out of these countries, where it’s unbearable living like this and they pull them into the United States.”

“And then, once you’ve reached that critical number of over a hundred million in this invasion, they will then propose, ‘Well, for your family and friends back home, who need ease of travel, they need a better life and so on and so on – we can do all this better with a regional government than we can with a U.S. Government.’ And they will have enough critical mass inside the country in order to effect that policy.”

Logan said the globalist plan is to dissolve the United States into a regional government, which has now been accelerated under the Biden regime.

“That’s the Globalist plan that we’re working towards. But what we’re already doing is that we’re living under their policy, where they’ve made the right to migrate a ‘human right,’ recognized by the UN in 2018 and that now supersedes our sovereign rights, thanks to the Biden administration and the open border ideologues who are in this government, who were never asked, to be honest, about their strategy on the campaign trail, who have bypassed the legislature and are implementing a strategy and a policy that, not only did no Americans vote for it, because they weren’t given the opportunity but most Americans don’t support.”

Since Joe Biden took office, over 5 million illegal aliens have poured into the U.S.