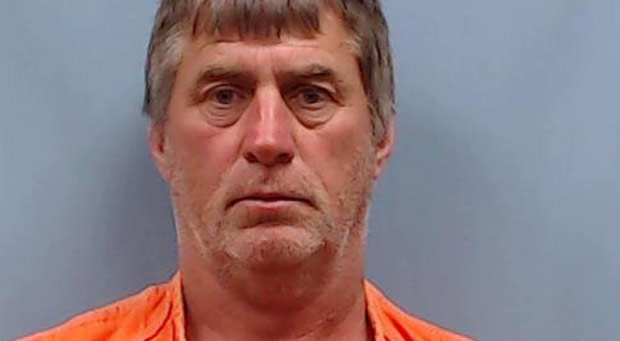 Barry Alan Walker, 58, pleaded guilty today to 11 counts of rape and one count of sexual assault in Pike County Circuit Court on Wednesday.

The remaining sentence is to be served concurrently.

“All of the Pike County cases have been fully resolved at this point,” Turner said.

Walker received the maximum penalty for each of the convictions.

“It was important to me and law enforcement that we seek the full measure of justice that we could for these,” Turner continued.

“It was important that we tell them [victims] that this was the maximum sentence,” he added.

Turner said that six of the 12 victims provided impact statements to the court Wednesday.

Nine of the victims are still minors.

“I didn’t want these girls to relive this abuse,” Turner said. “But I wanted them to be able to have a voice and tell the judge and the defendant, ‘Here’s how your actions have impacted me.'”

The victims were between the ages of 4 and 14 at the time of the crimes, Turner said previously. The crimes stretch from 1997 to 2021.

Turner said he has since dropped all charges that involved downloaded pornography from the internet. Any charge involving a Pike County or Clark County victim has remained, he said.

One of the rape charges was changed to sexual assault in the second degree because after further research it was determined the victim was not penetrated, he said. He said the change was not made because of a plea deal.

The recent investigation found the 31 victims were often assaulted, including rape in some incidents, multiple times at one of two residences located in Amity and Glenwood, according to court records. Some of the victims appear to be asleep or sedated in videos or photographs, per the documents. Many of the victims witnessed abuse over a span of years, with the longest time period being six years, records show.

In 2004, Bradford, then representing her uncle, filed an application asking then-Gov. Mike Huckabee to pardon Walker. In that petition, Walker said through Bradford, “I touched an 8-year-old child’s vaginal area with my hand then pulled her shorts down and pulled her back against my lap with my jeans unzipped.

“I would like a second chance to be a fully productive citizen of this state and practice medicine again in rural Arkansas,” Walker added.

Bradford filed another petition in 2018 asking that Walker be removed from the sex offender registry, but the effort failed due to a needed reassessment.