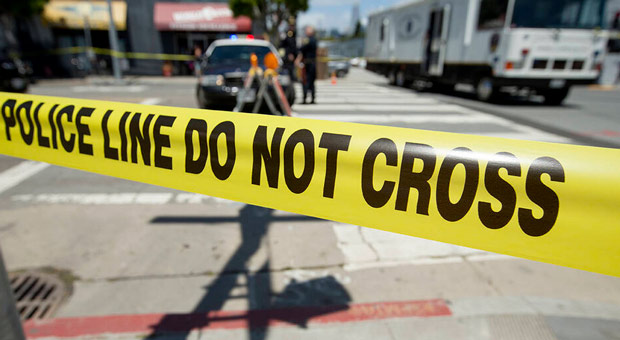 San Francisco commuters are resorting to arming themselves with baseball bats and stun guns due to droves of violent drug addicts descending on a once peaceful neighborhood following the opening of a drug sobering facility in the area.

Residents of the SoMa, in northeast San Francisco, said the recent opening of the SoMa RISE drug sobering center, which opened in June, has plagued the neighborhood, making it unsafe.

The center, which aims to temper drug usage, has done nothing but draw heavy users to the neighborhood, residents say.

San Francisco Mayor London Breed touted the center as a safe haven for addicts looking to rebuild their lives.

But according to SoMa resident and business owner Mark Sackett, the reality of the center in the neighborhood is much different.

“They’re letting their clients come out here and get high, go inside and get sober and then get high again,” Sackett told ABC7.

Another resident, only identified as Ghis, had similar sentiments:

“More troublemakers settling in, feeling comfortable doing their drugs, pissing and s****ting in the street blocking the sidewalks,” Ghis said, adding the neighborhood was going through a period of insanity.

Another local, only known as Bill, said there has been nothing but trouble since the center opened, and he worries about commuting to work because of the danger.

“Every morning it’s a roulette. When you show up at your office, are there going to be 10 people passed out in front of your building?” he said.

“Are they going to be violent? This was never a problem before HealthRight 360 moved in,” he said.

“If you ask me, it should be closed down and there should be other approaches to the homeless and drug problem we’re all facing,” Bill added.

Mayor Breed said in June the center would bring about a change in the lives of “all San Franciscans.“

“Our city is experiencing a substance use and mental health crisis that is sadly affecting far too many residents,” she said.

“As we continue to address the challenges on our streets, we need to do all that we can to focus our resources and our efforts on those who need it most,” the Mayor continued.

“The opening of the SoMa RISE Center will not only provide a safe space for individuals in need, but it brings us one step closer to making a difference in these people’s lives and the lives of all San Franciscans,” the Mayor added.

CEO of HealthRight 360, Vitka Eisen, then the entity which operates the center – asked locals to “be patient with us.”

“We can’t fix everything, but we’re a piece of that,” Eisen said.

“A piece of the city trying novel things to respond to people experiencing homelessness and street drug use and mental illness.”

Didn’t Mayor Breed learn anything from the DeSantis/Martha’s Vineyard episode.
Progressives love their fantastical pink unicorn politics…until the reality ends up in their backyard!

It’s along the lines of: Socialists are VERY generous people: generous with other people’s money.

I hope all of these radical leftist learn a valuable lesson. Never vote Democrat

Unfortunately, they don’t have the working brain cells to put the two together. They’ll just keep voting for the same imbeciles that run the city.

All democrats are imbeciles.

SoMa, or South of Market, has been a very hard left area for years. Like extremely so. And gee, now that they have to live with the consequences of their progressive choices, it’s the old NIMBY play. Where have we heard that before from these hypocrites?

Build this c**p outside of Pelosi’s house….better yet, inside!

Elections have consequences, S.F. ! You voted for this !

That’s the Dem’s version equality for ya- everyone equally miserable! It’s not fair that only drug addicts and the mentally deranged live like s**t, now they all get the experience! Hahaha, own it Libs.

If only there were some Constitutionally protected right for one to arm themselves against such things.

It’s just another Enumerated Right that the Democrats Ignore, while making up more and more imaginary Rights that are NOT enumerated.

Simple solution.. Put the drug haven smack in the middle of London Breeds dig’s and Nancy’s digs. In a matter of days they will shut it down. This is disgusting’s and dangerous., People tell me many are now carrying firearms when they go to work for safety and protection

Have all these centers moved right next door to that Democrat mayor. Nihilism, big time.

Boycott Tampax Trends on Twitter After Creepy Tweet From the Brand Goes Viral
Feminine product brand Tampax began trending on Twitter yesterday after followers demanded a boycott....
No posts found
wpDiscuz
15
0
What are your thoughts? Click to commentx
()
x
| Reply