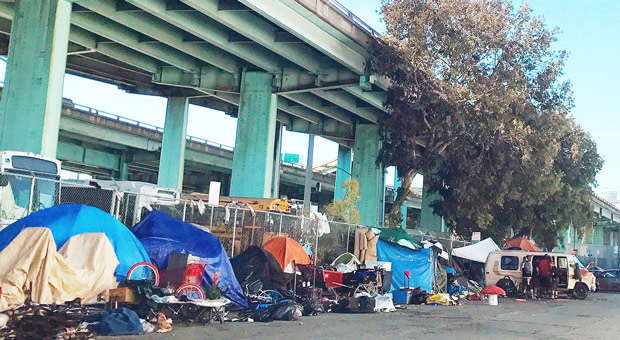 More people are fleeing San Francisco than any other metro area in the United States in July and August, according to real estate listing website, Redfin.

According to Redfin, 24.1% of its local users searched for properties outside of the Bay Area in July and August. Their top in-state destination is only a hop, skip, and a jump along Interstate 80 away, in Sacramento. The top out-of-state destination for San Francisco home buyers in Seattle.

San Francisco has suffered a mass exodus due to growing crime, homelessness, and the high cost of living.

Meanwhile, almost half of San Francisco residents said they had been victims of crime in the past five years.

Two-thirds of San Francisco Residents also say their city has rapidly declined due to homelessness, crime, and soaring house prices, while a third say they plan to escape within three years.

As The Daily Fetched reported earlier this month:

A recent poll surveyed 1,653 adults from the city, finding that 65 percent said the city was declining, while 37 percent said they plan to live elsewhere in three years.

The city, famed for its Golden Gate Bridge and colorful ‘Painted Ladies’ homes, is being destroyed by Democratic leadership.

The city is now described as a “rancid drug-ravaged pit of human misery” as it becomes another failed city under Democratic leadership.

As The Daily Fetched reported in July, Americans are now relocating to more people are fleeing San Fransisco to more affordable metro areas.

The LA Times notes that California ranks second in the country for outbound moves — a phenomenon that has snowballed during the pandemic, according to a report from the Federal Reserve Bank of Chicago, which tracked data from moving company United Van Lines. Between 2018 and 2019, California had an outbound move rate of 56%. That rate rose to nearly 60% in 2020-21.

Citing changes in work-life balance, opportunities for remote work and more people deciding to quit their jobs, the report found that droves of Californians are leaving for states like Texas, Virginia, Washington and Florida. California lost more than 352,000 residents between April 2020 and January 2022, according to California Department of Finance statistics.

Problem is that many of those leaving SF are missionaries, determined to inflict their views on a new locale.