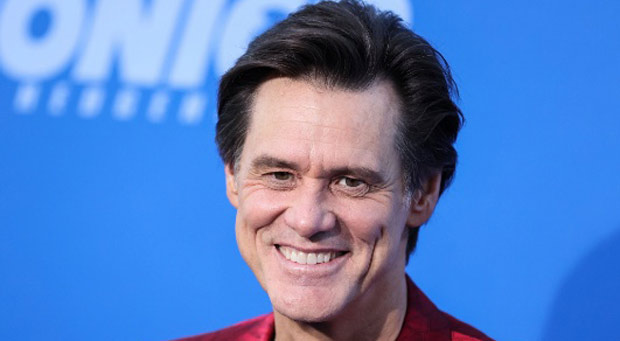 The Russian Foreign Ministry announced the ban of 100 Canadians from entering the country, including actor Jim Carrey and The Handmaid’s Tale author Margaret Atwood.

“Russia’s Foreign Ministry announced Monday that 100 Canadians have been added to the list of people banned from entering the country in response to sanctions against Russia by Canada,” reported the Associated Press. “A ministry statement said author Margaret Atwood, actor Jim Carrey and Amy Knight … were on the banned list.”

The ministry said the ban comes from the individuals’ involvement in the “formation of (Canada’s) aggressively anti-Russian course.”

“Prohibited from entering #Russia, books banned in #USA… gee, this 83-year-old granny (me)must be some threat! Will it be the #polonium tea or what?” tweeted Atwood in response to the ban.

“Dang! [Jim Carrey] and I had planned a little naughty weekend getaway in Moscow. Guess it will have to be Kyiv instead,” she said in another tweet. Jim Carrey responded, “I’m afraid the worst has happened. We’re banned from Russia…but the problems of 100 Canadians don’t amount to a hill of beans in this crazy world! We’ll always have Paris. Here’s looking at you kid.”

Actors Sean Penn, Ben Stiller, and several U.S. Senators were also banned because of “hostile actions” toward the country following its invasion of Ukraine earlier this year.

“The hostile actions of the American authorities, which continue to follow a Russophobic course, destroying bilateral ties and escalating confrontation between Russia and the United States, will continue to be resolutely rebuffed,” the announcement said.

Fox News reported that 1,073 names have been placed on Russia’s so-called “stop list.”

“If you’ve been in Ukraine [fighting] has to cross your mind. And you kind of think what century is this? Because I was at the gas station in Brentwood the other day and I’m now thinking about taking up arms against Russia? What the fuck is going on?” he said in April.

Last week, Ukrainian President Volodymyr Zelensky accepted an oscar from Sean Penn as a “symbolic” gesture” amid the ongoing war with Russia.

The Hollywood star was seen giving one of his Oscar awards to Zelensky.

Penn has cozied up to many questionable leaders in the past, including Fidel Castro and Hugo Chavez.

“This is for you,” Penn said as he handed over his Oscar to Zelensky.

“I feel terrible. It’s just a symbolic, silly thing, but if I know this is here with you, then I’ll feel better and stronger for the fight,” Penn added.

The Milk actor continued, “When you win, bring it back to Malibu. I’ll feel much better knowing a piece of me is here.”

Zelensky responded, “We have to win.”

Maybe they’ll ban the Womens basketball league. Btittany would like that.

The anti-Russian craze makes No Sense.
It wasn’t Russia that released a Biological Weapon Upon All The Nations Of The Earth. That was china. The only ones to gain from the powers of Western Civilization going to war against each other are the leaders of the ccp and the house of Saud.
Wake up, people. You are All being played.

We’re being played by everyone, including our own

Perhaps the US should do the same.