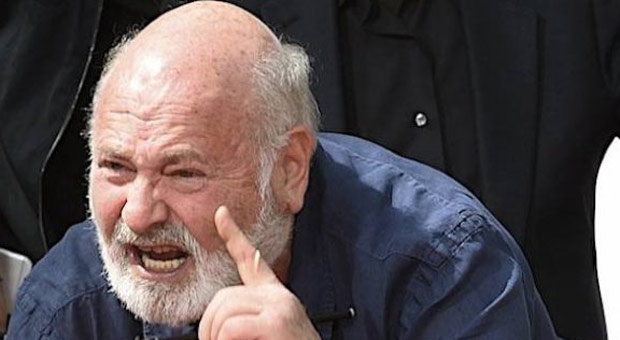 Reiner accused Trump of “spreading The Big Lie for 2 years” in another one of his unhinged tweets.

“The violent assault on Paul Pelosi and the attempt to murder Speaker Pelosi is directly related to that Lie,” the actor wrote.

Rob Reiner claimed, “Donald Trump is 100% responsible for this and Jan.6” and “must be indicted and never be allowed to hold office.”

But the left-wing filmmaker’s comments did not have the help of bots and fake accounts to support his argument due to Elon Musk now being the CEO of Twitter.

As a result, Reiner pretty much received a bad response to his baseless claims.

“It is impossible to imagine someone this dim-witted. You are truly bewildering with all due respect of course,” wrote professor Gad Saad.

“The only lie I’ve seen is Russian collusion, that you’ve been spreading for 6 years now,” wrote conservative commentator Tim Young.

Holes in the story

As we reported over the weekend, Paul Pelosi’s attacker, 42-year-old Berkeley resident David Depape, was booked on charges of burglary and “several additional felonies.”

The San Francisco Police Department identified the alleged attacker as 42-year-old David DePape, who remains in police custody, and stated the motive of his attack was still unknown.

Meanwhile, Twitter CEO Elon Musk responded to a tweet from Hillary Clinton, who pushed the idea that the attack was a result of Republicans spreading conspiracy theories.

Clinton wrote: “The Republican Party and its mouthpieces now regularly spread hate and deranged conspiracy theories. It is shocking, but not surprising, that violence is the result. As citizens, we must hold them accountable for their words and the actions that follow.”

The Twitter CEO responded with this: “There is a tiny possibility there might be more to this story than meets the eye,” adding an article from the Santa Monica Observer which suggested Paul Pelosi had altercations with a male prostitute.

Various media reports claim DePape posted conspiracy theories about America’s “elites/ruling class on his WordPress blog, which was only updated between Aug 24-28, the last time he posted before those dates were Jun 24, 2007.