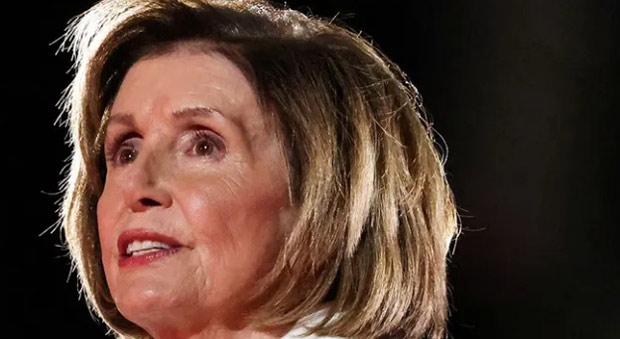 The not-so-subtle omens signalling Pelosi’s impending fall from power came last week after she was brutally booed during a music festival in deep blue New York.

Not long after the embarrassing spectacle, Boebert said the California Democrat would “be booed out of the majority” in 44 days.

The Daily Fetched reported Pelosi’s disastrous appearance at the Global Citizen Festival in New York City last week where the crowd mercilessly booed her attempts to lecture the crowd about climate change.

Although Pelosi was not officially on the festival bill, she appeared as a surprise guest after being invited on stage.

“It’s thanks to your help that the United States recently enacted historic climate legislation, which will be a game changer,” Pelosi said as boos echoed throughout the festival, The New York Post reported.

“It will slash carbon pollution by 40 percent by 2030; it will give a historic, an historic $370 billion to fight the climate crisis,” Pelosi added.

The audience wasn’t impressed as they continued to boo and jeer at the House Speaker.

Members of the crowd could also be heard yelling “let’s go!” as they became frustrated with left-wing politics being forced on them in what was meant to be a music festival.

Pelosi continued her speech, saying the bill would result in “better water and air for our children” and “better-paying jobs and lower energy bills for their parents.”

Boebert reacted to the incident by tweeting, “Get used to it, Fancy Nancy.”

So unless Pelosi and the Democrats pull off some miracle in November, there will likely be more booing.

Adrenochrome may keep Nancy fancy, but it also rots the brain and her soul. And why isn’t her 3rd DUI hubby, Paul the drunk, residing in a California prison?

The Dems will rig the election and the Repubs will enable them.

the election will go … according to what the great “CREATOR” wants it to go … humanity is soon going to learn the meaning of ‘bending the knee’ … or ‘d***h’ awaits …….