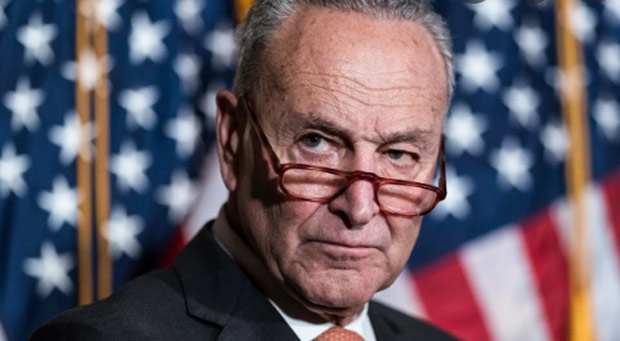 During a private dinner, Schumer said House Speaker Nancy Pelosi is “in trouble,” and Democrats are likely to lose the House.

Six Democratic senators, and Schumer, were spotted dining at a swanky Italian restaurant in Washington on Monday evening.

According to Punchbowl News, the group was talking loud enough to be heard by other patrons.

Schumer said he was confident Democrats would keep the Senate come November but said Republicans had a 60% chance of taking the House.

Earlier this week, the New York Times re-adjusted any last pieces of hope the House Democrats had for the midterm elections.

“In each of these states — and some others — pollsters failed to reach a representative sample of voters. One factor seems to be that Republican voters are more skeptical of mainstream institutions and are less willing to respond to a survey. If that’s true, polls will often understate Republican support, until pollsters figure out how to fix the problem.”

“This possibility offers reason to wonder whether Democrats are really doing as well in the midterm elections as the conventional wisdom holds. Recent polls suggest that Democrats are favored to keep control of the Senate narrowly, while losing control of the House, also narrowly.”

“One factor seems to be that Republican voters are more skeptical of mainstream institutions and are less willing to respond to a survey,” he added Monday.